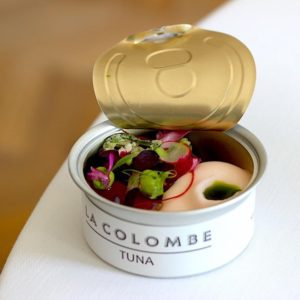 While a few restaurants already announced their closure at the beginning of March, when the COVID-19 Virus Lockdown had not yet been announced, a flood of restaurant closures is expected when restaurants are allowed to reopen to the public in Level 1 again, at an unannounced date in the future.

An exciting start on the first day of Level 3 today is that Restaurants may offer a Food Collection service from their outlets. In addition, they may offer sealed bottles of alcoholic beverages for sale too, if they have a liquor license, enabling them to make some profit after two months of little trade. Many restaurants reopened at the beginning of May, when Level 4 Restaurant Food Delivery was announced.  A number of our Top 10 Restaurants are offering a Food Delivery Service.

A shock closure announced by Chef Luke Dale Roberts during Lockdown Level 5 was that of The Shortmarket Club, and with it neighboring The Commissary. SMAK Delicatessen and Eatery on Bree Street, La Bottega in Woodstock, Empire Cafe in Muizenberg, Buitenverwachting Restaurant (under the guidance of Chef Edgar Osojnik for the past 20 years), and The Kitchen have also thrown in the towel, with many others (see below)

New restaurant openings seem unlikely in the next few months, with winter lying ahead, and restaurant cash flows depleted due to the Corona Lockdown. Chef Peter Tempelhoff announced the opening of a new ‘funky’ restaurant in Cape Town on Kfm a few months ago, but no further details of its name, location, or opening date are known.

The permission in Lockdown Level 4 since 1 May for restaurants to operate on a Take-Away Food Delivery basis became a lifeline for the many restaurants which reopened to grasp at this straw to assist in generating cash flow to pay some of their bills and to reemploy some of their staff. Many restaurants say it is not viable to offer such a service, and are waiting to reopen only when alcohol sales with Sit-Down service are allowed again. Many restaurants have very commendably cooking for the destitute until they can reopen properly. The 500 plus restaurants that have reopened for Food Delivery and/or Collection in Cape Town and the Winelands follow below, a listing which I have created on a new Facebook Page:

A section of my list was butchered out of my monthly Restaurant update Blogpost earlier this week, without permission or acknowledgement. The list of restaurant closures is divided into closures before and during Lockdown. In my Blogpost is a list too of restaurants that opened in the previously closed restaurant spaces, but the plagiarist didn’t bother to include these in the list sent out.

Restaurants in Lockdown: some have closed down, others have moved towards Food Delivery & Collection, and Alcohol Sales, as Restaurant Sit-Down remains prohibited, June 2020.

Some restaurants like Peppertree Café closed down, but decided to reopen with a new owner from Monday, with Level 3 allowing Deli’s and Collections.

It is sad that everyone is excited to read a Bad news list and share it widely, rather than questioning why no writer is credited. And not happy that about 550 restaurants in the Cape are OPEN for Food and Alcohol Deliveries and Collections, listed in the Facebook Group I created at the beginning of Level 4.

#   The House of H has closed down

#.  Riverine Rabbit has closed down, with Chef Ash Heeger having moved to the UK.

#   The Shortmarket Club has closed down

#    La Bottega in Woodstock has closed down.

#    Empire Café in Muizenberg has closed down.

#    SMAK Delicatessen and Eatery has closed down.

#    Buitenverwachting Restaurant has closed down in Constantia.

#  Exhibit A fine dining restaurant has opened on the 3rd floor of the Villa 47 building in the city centre, for lunch and dinner on Tuesdays – Saturdays

#  Tryn has opened at Steenberg, under the stewardship of Chef Kerry Kilpin, also heading up Bistro Sixteen82

#  SurfShack has opened in Camps Bay, where Umi used to be, belonging to the Kove Collection. (Photograph)

#  Dahlia on Regent has opened in Sea Point.

#.  Old Town Italy is said to open in Cape Town.

#   Chef Jan-Hendrik’s new KLEIN JAN restaurant in the Kalahari Desert is to open in November 2020.

#  Chef Liam Tomlin is said to be working on the former HQ space, either to establish a new restaurant there, or to expand his Chef’s Warehouse on Bree, being in the same building.

#  Marilyn’s Sushi restaurant has opened in Franschhoek, a third restaurant with the two Rocas in the village. (Main Photograph)

9 replies on “Restaurants in Lockdown: some have closed down, others have moved towards Food Delivery & Collection, and Alcohol Sales, as Restaurant Sit-Down remains prohibited, June 2020.”