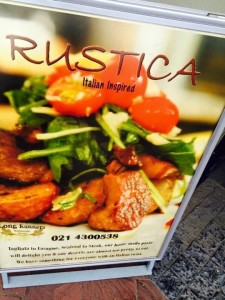 Prior to going to the Women’s Day Divas Unite concert last Sunday, my friend Jenny and I had lunch at the new Rustica restaurant in the Cape Royale Luxury Hotel. We experienced a restaurant that serves inexpensive ‘Italian-inspired‘ home-style comfort food.

The restaurant space used to be half of The Banting Kitchen, which closed down before I could write the review, riding the Banting craze last year. The other half will become Café Royale, which opens tomorrow, serving the hotel (and outside) guests breakfast and lunch, as well as cakes and coffees, which responsibility is that of Rustica until the end of today.

One surmises that the furniture used in The Banting Kitchen has been re-used and upholstered, in Italian olive-green, with gold, brown, and grey added in the stripes of the 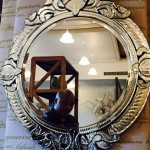 banquettes.  The wall behind us had wallpaper with writing on it, which we could not 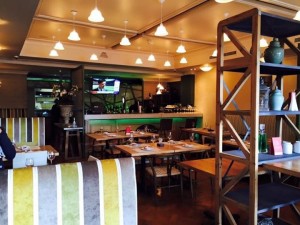 decipher, plus a telephone number with a dialing code from an unidentifiable country. Wooden tables and chairs are close together, and Manager Bradley Nel told us that they can seat up to 120 patrons inside and outside. There are no tablecloths, but beige woven plastic placemats with material serviettes, Fortis Hotelware cutlery, and salt and pepper grinders are on the table.

The owners of Rustica are Shaun Novitzkas, who was the GM of Shimmy Beach Club, and Lita Futergan, who has been involved in horse-racing, with no previous restaurant experience. They also own newly opened Nineteen Sixty One on St John’s Road in Sea Point, and the Zenith Sky Bar upstairs in the Cape Royale. On the menu one can see their company name Long Runners. Chef Nic Blazic is Croatian, who 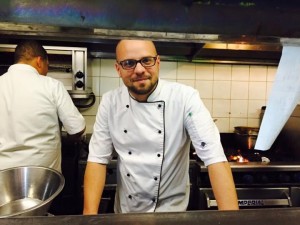 previously worked at Meerendal wine estate and SteamCraft in Woodstock, not telling me that we had also briefly met at Truffle, at which he worked for only one week just after they opened on Chiappini Street. Nic started at Rustica three months ago. I did not recognize Bradley initially, having met him a number of years ago when he managed Ocean Basket in Camps Bay, and I chaired the Camps Bay Guest House Association, having been invited then as a group to eat at their restaurant.

Our waiter was a little slow, despite the restaurant not being busy, and it came across as unprofessional that he wrote our order on a till slip (at least he wrote it down)! He brought us a jug of cold water and 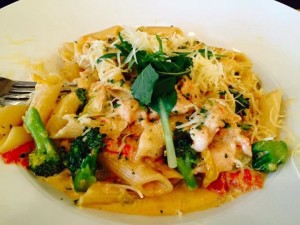 lemon. Jenny ordered a seafood pasta, with prawns, mussels, calamari, and line fish, in a Napolitana sauce (R95). Jenny had eaten at the restaurant before, so ordered a dish she had tried and liked previously.

I ordered a Deconstructed Lasagne (R79), a dish one sees increasingly on restaurant menus. The menu confused, in that three descriptions followed the dish name on 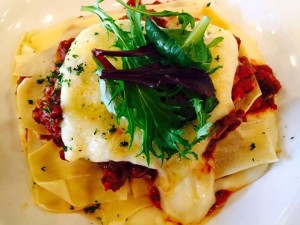 the menu, being home-made ground beef and Pomodoro, grilled chicken and bacon, and butternut, Danish feta, spinach, and oven-dried tomatoes. It was explained that these were three variations of the Lasagne, so I chose the beef. It was nicely presented, but lacked a special touch, just pasta and the mince sauce. For a cold winter’s day it was satisfying comfort food. Other pasta dishes range in price from R65 (artichoke risotto and Arrabbiata Tagliatelle) to R95 (marinated prawn and langoustine skewers). Other options include open ravioli of crab and peperonata, and langoustine risotto.

Vegetarian dishes are offered, a selection of a Burger, cannelloni, antipasto, and tempura. Meat dishes include a Burger (R95), various steaks (R160 – R195), lamb, and chicken. Fish and chips cost R90, crayfish R90 for 100 gram, a seafood platter for two costs R800, and a crayfish and prawn burger is priced at R165. 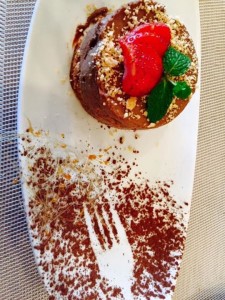 My eye caught Tiramisu (R55) on the menu, which I ordered with a dry cappuccino. Unfortunately the Tiramisu disappointed, not looking or tasting anything like I have enjoyed on numerous occasions, looking like a chocolate mousse.  The menu did call it ‘Dark Chocolate Tiramisu‘, but I did not think to question this when ordering the dessert. When I asked, I was assured that this was the chef’s interpretation of Tiramisu.  I did not finish it. The dessert selection is small, with five options and a cheese board. They also offer a Sicilian cheesecake; a white, dark and lavender chocolate mousse stack; and a salted caramel and pecan nut tart.

Bradley did not allow me to pay for our lunch, saying that he had meant to invite me but that he could not reach me when I was overseas. Rustica is Italian-focused, and inexpensive, with an extensive menu, making it ideal for an affordable family outing, and a quick pop-in for a meal when one is in Green Point.