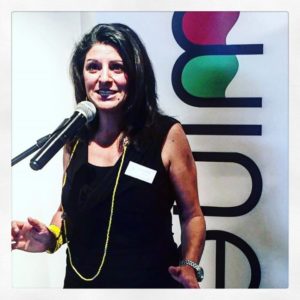 At the presentation of the 2016 Prescient Chardonnay Report at SMITH Studio on Wednesday afternoon, Winemag.co.za Editor Christian Eedes said that South African Chardonnay at the top end had ‘never looked so good‘! The number of awards presented to Chardonnay wines scoring 90 or more out of a quality score of 100 points was testimony to his enthusiasm about the category.

The turnout at the gallery on Church Street was exceptional, with the whose who of Chardonnay winemakers and marketers attending. We were welcomed with Graham Beck Brut Blanc de Blancs 2012 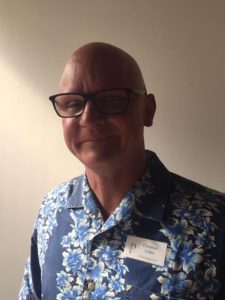 MCC.  Winemag Business Director Jax Lahoud (photograph above) welcomed all the sommeliers, retailers, winemakers, and writers to the best attended Winemag event I have ever experienced.  She thanked judges Christian Eedes (‘what a privilege to be involved in wine at this time‘), and Roland Peens (‘on a high‘), and James Pietersen (‘2015 was the best year ever‘) of Wine Cellar, quoting their views on the category after the judging.

Christian said that it is the sixth year in which the Chardonnay Report has been presented, and that he was flattered by the turnout at the presentation. He shared that he is excited about Chardonnay. A total of 60 Chardonnay wines were invited to be entered for the Report, for which tasting was blind, and represented a good spread of growing areas. ‘2015 is a vintage of a lifetime’ he said. The average score across all sixty Chardonnays evaluated was 90,5 points, and a record of 35 wines scored 90 or more points out of 100, with four wines scoring 95. The average price per bottle for the top 35 Chardonnays evaluated was R284.

Christian enthused further about the category in saying that he ‘cannot sing the Chardonnay praises too highly‘.  He added that the Chardonnay category is looking ‘very healthy‘, and that he is surprised that the overseas wine commentators have not picked it up.

The awards were presented by Christian and sponsor Prescient Chief Operating Officer Craig Mockford, the stage being crowded at times, 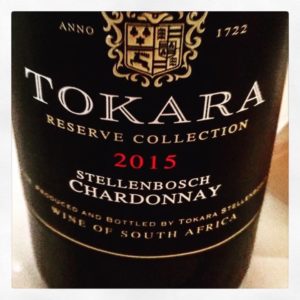 especially in the 90 and 91 score categories. The top 35 Chardonnay wines and their scores were the following: 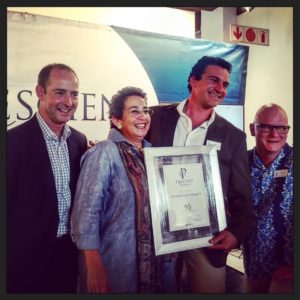 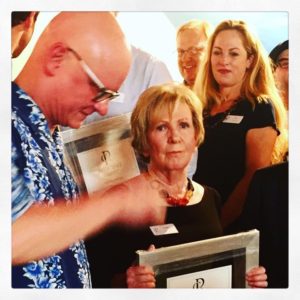 Norma Ratcliffe from Warwick and Rose Jordaan from Bartinney, with Christian Eedes, in photograph above. 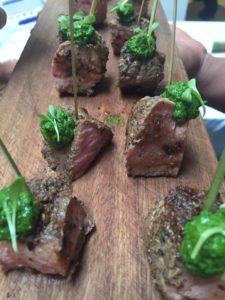 The top 35 Chardonnays were available to taste by all present. Canapés were served after the awards, being beef salsa verde, yellowtail ceviche, sushi, and prawn toast.

Public tastings of the 35 top Chardonnays will be held at Montecasino in Johannesburg on 1 November, and at Protea Hotel Fire & Ice in Cape Town on 2 November.