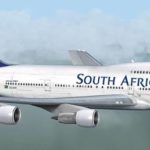 The Sweet Service Award goes to SAA, and its crew on the flight from London to Johannesburg on 27 February. It was a very empty flight, and the staff was extremely friendly in looking after us. Nothing was too much trouble. The only thing that did not work was the cellphone charger, the hostess telling us honestly that it does not work throughout the plane! It was a concern for tourism that the plane was only one quarter full 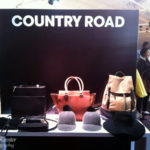 The Sour Service Award goes to Country Road in Woolworths at the V & A Waterfront, and its manager Fazlin.  I was called by Lindsey to collect a pair of slacks which had been sent from another branch, so long ago that I had no recollection of its design. I heard ‘white’ (but was ‘wide’) slacks on the phone message. I went to collect the slacks the next morning, and Shivago the assistant said he could not find it. I gave him my name, but he insisted that there was nothing in the back room. Fazlin was called, arriving with attitude. She could not find it either. The Woolworths store manager was called, and could not believe that the collection of items was so poorly organized. They could not reach Lindsey who had called me the day before, as she did not answer her phone. In the end I had to leave the store and the Waterfront, having waited for two hours for the slacks to be found. Just as I drove out, Fazlin called me to say that she had finally got hold of Lindsey, and was told where she had left my black slacks in the store! To add insult to injury, there were no Country Road or Trenery shopping bags, and they had to use a Mimco jewelry brand bag for my purchases. It is unbelievable that a Woolworths-owned brand, operating inside the Woolworths store, could be so poorly and pathetically managed! Woolworths store manager Eldrich was sympathetic, and seemed embarrassed about the Country Road operation’s poor service inside his store.