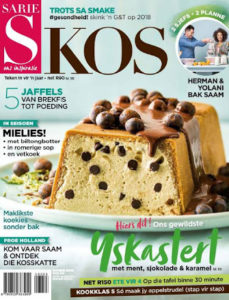 I am lucky to have become a regular recipient of the SARIE KOS supplement, which is delivered to my home every quarter. Editor Herman Lending is a young and talented chef, passionate at his job and about cooking, and is very successful at what he does.

The main feature of the supplement is a trip to Holland, in which Herman captures the food of 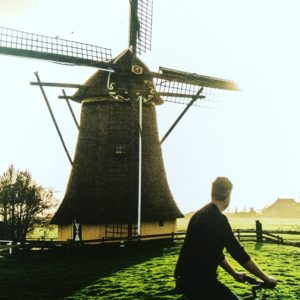 this country, which has a strong influence on our local language and culture. Herman and his team visited Hinderloopen, a little fishing village, where they rented a house boat, with which to travel along the canals of the country. They travel to Sneek by boat, a town known for its Boerenkaas, defined as cheese made from the milk of cows on the same property as the dairy. Herman presents a recipe for Boerenkaas croquettes.

They go through 12 bridges to get to the port of Workum, where they eat Belgian waffles and ice cream. Herman makes Uitsmijters when they get back on board, being toast with fried eggs, cheese, and gherkins. They move on to Vinkeveen outside Amsterdam by taxi, taking another boat. The local speciality is Spekkoek, a 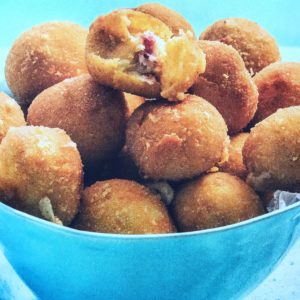 spicy layered cake. The following day Herman and his team are taken on a tour of Amsterdam food.  The supplement offers recipes from this trip for potato rosettes and fish, Satay chicken, and Spekkoek.

Summer cocktails are the inspiration for a feature on cakes with cocktail-inspired fillings and icing, including Cosmopolitan, Piña Colada, and Strawberry Daiquiri. Oh yum!

One can learn to make paper-thin apple strudel, an Austrian delicacy. Full cream dairy products are deemed healthy to eat, and Herman explains why, and presents recipes for a buttermilk cream pudding, for Canoli with cottage cheese cream, for the upside down fridge tart (main Front Cover pic), and ice cream terrine.

A feature on talented chef and baker Ciska Rossouw of Loaves on Long follows, reflecting her passion for baking as well as cooking.

Gin is on everyone’s lips, either drunk neat, on ice, or in a cocktail. The five styles of gin are explained, including London Dry, Plymouth, Old Tom, and New Age. Eight Local boutique gins 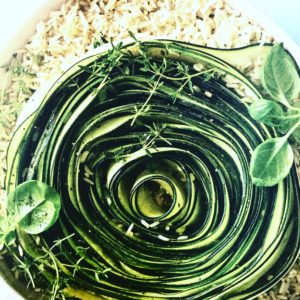 Steaming food is perfect in summer, and my eye was attracted to a beautiful presentation of marrow slices on a bed of brown rice and chicken. Other steamed dishes are chicken and soup, and a number of other chicken-based dishes. 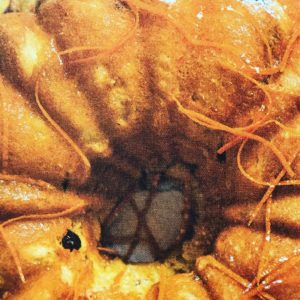 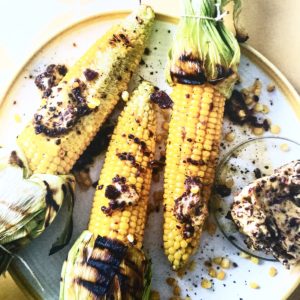