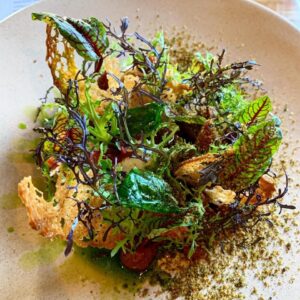 I had not been to Stellenbosch since the beginning of Lockdown in March 2020. Last week I spent a day in the town, to walk through its centre, and updating my information of restaurants that have opened and closed in the town since my last visit.

I discovered multiple new coffee shops and informal eateries, and a growing number of wine bars. And the start of a challenge to Chef Bertus Basson’s dominance of the university town as far as fine-dining goes.

#  Post & Pepper opened in the old Post Office in the literal centre of the town, on Plein Street. 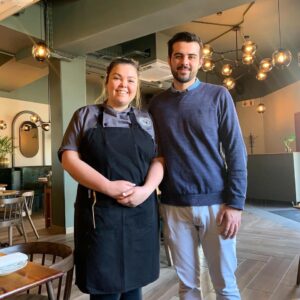 Chef Jess van Dijk is its owner, and is assisted in running the restaurant by Manager Dimitri Hadzigrigoriou, both having worked at Protogé in Franschhoek previously. Chef Jess has been a Head Chef at La Colombe in Constantia. The restaurant is running a two-course Special at R200. The Mediterranean Salad is a beauty of fine art (photograph above). Despite being so new, the restaurant has already been nominated as Best New Restaurant in Africa in the World Culinary Awards.

#   De Eetkamer opened in June on Drostdy Street, and 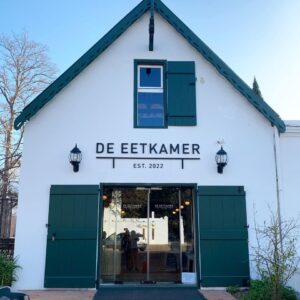 its owner Chef Marco Cardoso has worked for Chef Liam Tomlin at Chefs Warehouse and Thali in Cape Town. His restaurant is chicly decorated, in gentle blue/grey, and the artwork of one artist. For hot Stellenbosch days its large outdoor seating area is sure to be a hit. The menu consists of Small Plates to share, ranging in price from R95 to R140. A number of dishes are Indian-inspired. 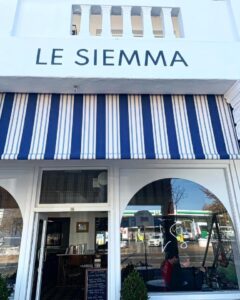 its French Chef Sebastian Castelot from Paris having worked in various Michelin Star restaurants in the city, and at various five-star hotels around the world. A South African wife brought him back to her birthland.  The restaurant is named after his daughter’s Sienna and Emma. Two courses cost R 200 and three courses R250 on its Winter Set Menu.  The menu is French-inspired. The wines are local.

#   Rykaart’s offers snacks, small plates, main courses, and desserts. Chef Alex Rykaart used to cook at The Vine Bistro at Glenelly. The restaurant is closed for a winter break until 9 August.

#  Dusk will open on Plein Street on 1 September, a joint venture of Franschhoek Chefs Darren Badenhorst and Callan Austin.  It is described on its website as a  ‘revolutionary, immersive, captivating and unique dining experience’. A 13 course Tasting Menu will be offered at R1395.

#   Back’s Restaurant has closed down on the corner of Bird and Church Streets. It is not known what will take its place. 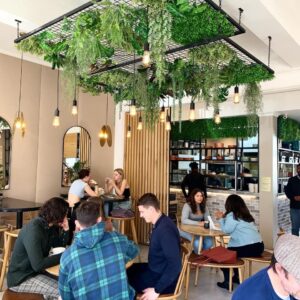 Hygge Hygge has opened on Church Street. The menu is mainly an all-day breakfast one, with a lunch and dinner menu too. Vegan diners catered for. The name originated from Denmark, a nation known as one of the happiest in the world. Visitors are encouraged to let the guard down, and cosy down in the small venue. 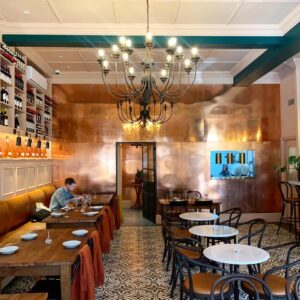 on Church Street, more bar than restaurant. Its Le Grand Domaine and Stellenview wines were previously exported, but are now available locally. The menu includes risotto, squid, steak, and more.

#   Meraki Café has found its third home in 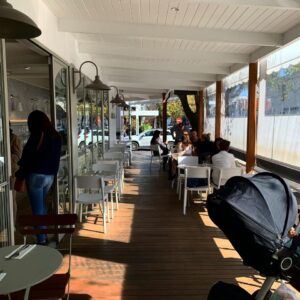 Stellenbosch, now on Church Street, and previously on Reyneveld and Dorp Streets. Service most arrogant of all the new restaurants I visited.  Open from 7h00 – 19h00 daily. Cakes, muffins, tarts, freshly squeezed juices from Babylonstoren, Burgers, wraps, sandwiches, steak, squid, salads, and more. Confusing is that the bar has a separate name Bertha, and even if you sit in the Meraki Café section the cutlery comes with a Bertha serviette. Not cheap. No prices on the menu on the website, 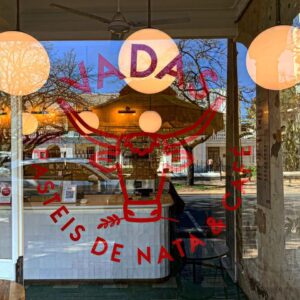 #   Mood. Coffee Shop with Sox footwear opened on Reyneveld Street, there being a branch on Dorp Street too. Ethically sourced green coffee beans. 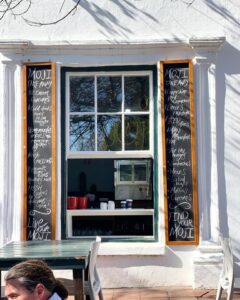 #   Taste Restaurant operates from the same building as Moji, offering cakes, cupcakes, and a Harvest Table. 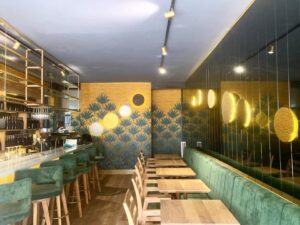 to taste, and Knorhoek craft gins. 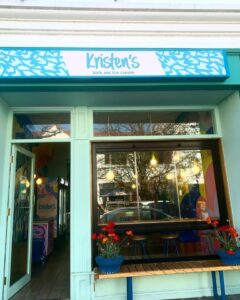