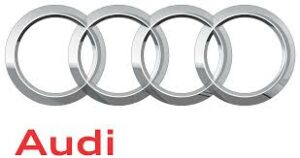 The Sour Service Award goes to Audi Waterfront,  for the problems I experienced after the annual service of my car a week ago. I had instructed the Service assistant to not have my seat setting moved, but my car radio station was changed, my boot separator was moved, and the cubby section between the seats was not cleaned.  But worse was to come. As I drove home, a warning light went on. I called the branch, and the Service assistant had no idea what it meant!  An Audi Assist person was sent to meet me in town, where I had to go to a meeting, did a Diagnostics Test, and found that the coolant pipe was broken, clearly done so during the service! My car had to be towed to Audi Century City, and I was to be given a replacement car for the weekend, all while I was meant to be in a client meeting. In my six years of driving my Audi I have never had anything break! Before I was able to receive a replacement car, I had to sign a four page form with terms and conditions, not being given a replacement car if I didn’t sign everything Bronwyn threatened, completely unsympathetic!

The Sweet Service Award goes to Audi Century City, for getting my car towed there and fixed, I being lucky to find the Service Manager Darryl Robertson still at the workshop, as everyone goes home at 16h15 on a Friday!  Darryl calmed me down, promised to look after my car and to get it repaired as quickly as possible, and promised that I would not be charged. He kept in touch with me on the Monday, when I was to receive my car back. He sent along a pen for me, and had some petrol put in.  Unfortunately my seat setting was completely changed, but the car now drives perfectly again, Darryl having picked up that the car was not at its ultimate turbo power, correcting that for me too.