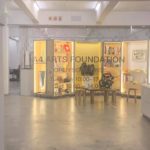 The Sweet Service Award goes to the A4 Arts Foundation, which I discovered on Buitenkant Street whilst going for a walk near The Fugard theatre last night. Despite being past 19h00, I was allowed to enter to view the exhibition, and then was offered a glass of Boschendal red wine as well as a bag of popcorn, a generous way to kill time whilst I was waiting for the show to start. The staff were very friendly and the exhibition impressive. The Foundation website  describes it as ‘a free to public not-for-profit laboratory for the arts of Southern Africa’. 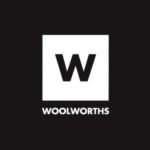 The Sour Service Award goes to Woolworths Hermanus (the original one of the two in the Town) and its Foods Manager Sita Foto, who described himself as the most senior manager on duty last Saturday afternoon. I was looking for RadfordDale wine which was on special, having seen it at the Hout Bay Branch. I was directed to the wine department, and asked the staff member who was inside it for the wine. When she leant right over me to see the shelf behind me in the small wine space I asked her to not do that. It was clear to me that she had no clue of the wine brand I was looking for. I asked her if she could find a colleague who deals with wines. A bossy supervisor arrived, and used her pen to vaguely point at the Shiraz shelf, not being specific as to which shelf, and also not able to confirm if they had the RadfordDale one. When I expressed my irritation that she was the second staff member to not know about the wines, she walked off in a huff and a puff, and I asked a staff member to call a manager. Foto stood there waiting for me, reprimanding me for having had two staff complaints about me as a customer! He took no interest in my search for the wine brand, not on the shelf nor in the system, and followed me to the till, standing there to observe me until I left. I asked the cashier for his details, whereupon he took a till slip and cheekily and rudely challenged me to call the Woolworths head office. This incident had racist overtones to it, I feeling most unwelcome as a shopper in this store. I also felt that he was throwing staff complaints at me to prevent me from complaining to the head office. He did not bother to ask me for my side of the story, which the Woolworths management are usually good at. I was shaking when I left the store, my worst Woolworths experience ever. The experience was so vastly different to that with the Hout Bay Branch, where Courtney went out of her way to source extra bottles of the wine for me.