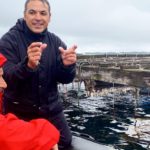 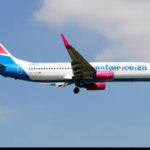 The Sour Service Award goes to FlySafair, and its flight from OR Thambo Airport to Cape Town at 10h30 on 2 September. While the check-in was efficient, being provided with a boarding pass and gate number, we were shunted to a new gate five minutes before departure time, verbally announced by being shouted at in the waiting area by a staff member. Then we were made to stand in two rows, separated by our row numbers, like at school, but were mixed when we all rushed through a door only allowing one person through at a time. There was no chute to the plane, and a lady in a wheelchair had to walk down steps and up other steps to get into the plane. We were one hour delayed in taking off, due to the refuelling staff being behind schedule!  I fell asleep on the plane after a sleepless overnight fight from São Paulo to Johannesburg, and woke up to the smell of food. I asked an air hostess for water but was told that I had to pay R15 for it. I hadn’t yet dug out my South African cash, so had to decline. In the end I was brought a cup of water.  I felt like I was traveling in a second class cattle truck on this flight!