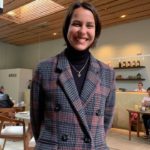 The Sweet Service Award goes to Central Restaurante in Lima, Peru, and its hostess Chloe, for allocating a table to me for a lunch 24 hours later, when I arrived to eat at Central sister restaurant Kjolle last week. I had not been able to book a table at Central, sixth Best Restaurant on the World’s 50 Best restaurant list, 30 days in advance of my Lima dates via their online reservation system. 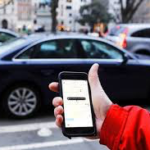 The Sour Service Award goes to Uber Buenos Aires, for accepting my booking for a car to collect me at the airport when flying in from Lima at 5h00. My credit card details are in the Uber app, and the use of the service worked perfectly in Lima.  Soon the Buenos Aires driver started communicating with me in Spanish (a weakness of the app to not know my language comprehension), and he then told me that he only accepts cash! It shows my credit card link on the Uber app, so the driver would have seen it too. I could not exchange dollars into Argentine pesos as the currency exchange had not yet opened at the airport. So the driver cancelled the trip! I was told afterwards that Uber and taxis are involved in a war with each other at the airports of the city, and that one should not use the Uber service to/from the airport. A further complication was finding the Uber collection point of Terminal A, parking lot B, never having been to the airport, it being dark, and no person I asked being able to speak English.