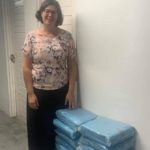 The Sweet Service Award goes to the City of Cape Town, for its humane action toward a homeless person and his dog, during the Corona Virus Lockdown, received from Councillor Nicola Jowell:

Many of you will know of Rasta who lives on Tramways Road. Rasta is 67 old and has lived on the streets for 55 years. His dog (Sharni) has been his companion for many years and like any pet owner there is a deep bond between Rasta and Sharni.
Today when we were on Tramways Road we were there to offer transportation for Rasta to the bus to go to the emergency shelter. Everyone realised that this was a tricky situation as Rasta would not easily want to be separated from Sharni.
Cllr Dave Bryant and Marc Truss made arrangements for Sharni to go to the very kind and generous people at the @Fritz Dog Hotel. Although Rasta was extremely worried about this he understood that it was a necessity. Transport was arranged for Sharni to go and Rasta accompanied us to the bus pick-up point.
Unfortunately when Sharni got to @ Fritz Dog Hotel she bolted and ran away. She would not come to anyone who came near her. The information as circulated via the CIDs and community contacts.
We had to break the hard news to Rasta who was understandably upset about this. He was taken to the area to assist with looking but he was adamant that Sharni would find her way home to Sea Point so he wanted to go and wait for her there.
The search continued and the GP CID spotted Sharni on Kloof Road but she ran away. They kept an eye on her whilst Rasta was fetched from Sea Point. There was an immensely happy reunion between the two!
Our plan has been for Rasta to accompany us to @ Fritz tomorrow to settle her in and ensure that she does not run way.

However tonight I have been contacted by members of the community who are looking to foster her for this time. It is really so immensely heartwarming that in the face of this disaster residents remember that we are all just people together. We feel the same emotions, fears and build the same bonds. That for the rest of the lock down period Rasta and his best friend will be separated.
And also a thank you to the people who have offered to donate dog food!
Yes…..I know the inevitable question that will be posted to me….and what about after the lock down? Every effort will be made to assist Rasta, to options off the street, to look for family members who could assist him, to explore all alternatives. But 55 years living on the street is not something that just changes, that is the life that he knows.
But today it was a man and his dog that needed our assistance and I commend LE and SAPS with the manner in which this was approached and dealt with.‘ 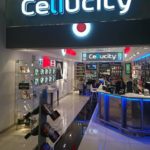 The Sour Service Award goes to Cellucity in the Waterfront, for its poor service when I went to the branch to pay my monthly account last week, and wanted to migrate to a cheaper package, given that I am paying about R500 for the data and airtime, which I’m not needing, given that we are in Lockdown. As a contract customer I’m not even benefiting from the reduced data rates of its parent company Vodacom. After an hour in the outlet to organise this, I was told that they couldn’t do the downgrade as I have an outstanding balance on my account, dating back to last September, when the company allocated my payment to another person, which earned Vodacom a Sour Service Award at the time.