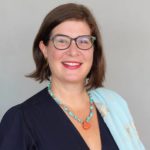 The Sweet Service Award goes to Sea Point/Camps Bay Councillor Nicola Jowell, for the excellent work she is doing in making Camps Bay a better place for its residents. Since meeting her about a month ago, I have reported the need for the mowing of the lawns on the Camps Bay beachfront, the requirement for additional rubbish bins, homeless structures near the beach, signage issues, drains that are too high in the promenade pavements, pushy marketing to beach goers, problems with mobile beach vendors, and more, sending her almost daily feedback about what I see in Camps Bay on my walks. She has managed to obtain super quick action on most issues from the City of Cape Town to date, following up when there is no action. 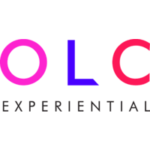 The Sour Service Award goes to OffLimit Communications Cape Town office, and its staff member Mishanka. I had Googled a PR company hosting an event earlier this week, and weirdly found a telephone number for OffLimit Communications in Cape Town, not the company I was looking for. I spoke to Mishanka, who did not introduce the company over the phone, and sounded completely blank when I told her that I was looking for the staff member who was handling the XYZ account. She recommended that I speak to Joshua, but that he had to call me back as he was on a call. I received no call back, so I called again a few hours later, only to be told that he works in …Accounts.  He would find out and get back to me. I called the company again, and spoke to Mishanka again, and was totally surprised that she had no clue of the clients of the agency. It was only then that she told me that she is not the receptionist, and that she cannot reach anyone as they are all in a staff meeting, she standing in for the receptionist. What was a surprise to me was that the three hour drama of begging to speak to the right person took place with OffLimit Communications, the Cape Town sister branch of the Johannesburg agency which dealt with the Patrón launch for Bacardi last week, and which received the Sour Service Award for its poor handling of it last week! I did then find the correct number for the PR agency I was looking for, and promptly received its media release.