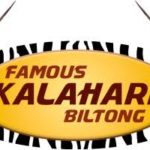 The Sweet Service Award goes to Famous Kalahari Biltong in Camps Bay, and its assistant Erika, for gifting me a packet of droë wors when she felt that she had been unfriendly to me a few weeks ago. From being not so nice when I first shopped there, she now waves at me when I walk past, and was very welcoming when I went there to buy some Biltong for my son before he returned to the UK. 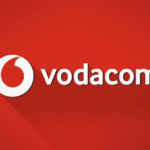 The Sour Service Award goes to Vodacom, which has switched off my phone service, despite being up to date with my payments, which I do at their branch in the Waterfront month after month. I went into the branch, and spoke to Rashied, bringing along my invoices and proof of payment. I had never checked if the payment and my account number were matched, and Rashied found that the September payment had an account number that was nowhere near mine! Despite being at the branch on Monday, and having spoken to their Head Office, my phone has still not been switched on, I only being able to use it with WiFi!