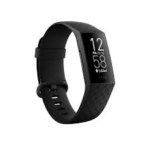 The Sweet Service Award goes to FitBit, for their fantastic service when I handed in my Charge 3 tracker at Sportsman’s Warehouse at The Point in Sea Point for repair. The staff at the outlet told me that it would cost R100 to courier my tracker to the repair centre in Johannesburg, and that I would be liable for the repair cost, without being able to quote for it. It would take weeks to do the repair, given that fewer staff were working.  I was very reluctant to send my tracker off, after hearing this information. But when the FitBit was really playing up, no longer measuring all my steps, and not measuring my heart rate at all, I had no option but to hand it in at the outlet, as a last resort. Ten days later I received a Sms, informing me that I could collect the tracker at Sportsman’s Warehouse at no charge, I went there immediately. I was delighted to be told that I could select a new tracker, and that the upgraded FitBit Charge 4 costs the same as the Charge 3, so I could go home with a brand new upgraded FitBit, which Steve from Sportsman’s Warehouse synced with the FirBit App on my phone. 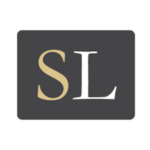 The Sour Service Award goes to Sandak-Lewin Trust managing agents, and the very poor service I receive from the company and its Portfolio Manager Greg Anderson for our EbbTide apartment block. A week ago I wrote six emails to Greg, requesting information in preparation of our AGM on 30 June. A week later I still have received no reply. On Friday I had to write to the CEO of the Company, Carl Smit, and he promised to sit with Mr Anderson, and get him to reply, but still there has been no communication from Mr Anderson, leading to another email request sent to both gentlemen yesterday. And still there is no answer to my questions. I have asked that Mr Anderson be replaced by someone else, on the following grounds:

This is not the first time that I have penned a complaint about your company’s service to EbbTide, in the two years since I have moved into our block.
While Werner Schoonraad was not always the most efficient Portfolio Manager, he was courteous and took an interest in our Block, visiting it regularly, and staying in touch with both myself and Henry Phiri, our Building Manager.
Just over a year ago Greg Anderson was thrust upon us as the new Portfolio Manager, with 24 hours notice, and no explanation.
The service level from your company has gone downhill vastly since then:
1.  Greg refused to meet me and Henry at our Block, an invitation from me to him, so that we could show him around, and that he could meet Henry. Two such invitations were extended to him, both were refused.
2.  Henry still reports to Werner, his contract not having been amended in the more than a year since Werner was moved off the management of our Property. I have alerted Greg and the Trustees of this, but there has been no response. No one manages Henrry now. I guide him, being present in the building as a permanent resident.
3.  The last AGM was held in June 2019 when I was overseas from the end of May 2019, despite the auditors having completed the audit timeously (I checked with them), and my request to Greg for it to be held before my departure at the end of May 2019.
4.  A letter from my lawyer, addressed to Greg, with complaints about the lack of service by Sandak-Lewin , was blatantly ignored. It was sent to Greg  before  my overseas departure at the end of May 2019.
5.  A list of maintenance issues, compiled by Henry in 2018,  and sent as a reminder to Greg on numerous occasions, still is nowhere near being actioned. Regular reminders and requests have yielded no response. Our building looks shabby, with plaster breaking off in various places, including outside my apartment.
6.  Greg regularly rudely and unprofessionally ignores my emails, and then blames Spam for it. I have proof that this is a nonsense excuse which he uses regularly. My email to him about the Reserve Maintenance Fund Levy of April 2020 is still unanswered.
7.  Since the beginning of 2020 we as Trustees have barely received any proactive communication from Greg.
8.  When Greg did not reply after a week of me reminding him of my unanswered emails, which you kindly responded to immediately, there was no apology from Greg for his non-response when he replied late that same day. Completely rude and unprofessional behavior!
9.  Greg is patronizing towards us as women Trustees, recommending which quote we should accept, usually the highest one! I feel offended that he should think that we are incapable of choosing which quotations to go with.
10.  In preparation for the AGM on Tuesday 30 June, I sent Greg six emails on Sunday 21 June,  and resent them yesterday on 25 June, copying you into them.  There has been no reply. My questions have a relevance to my comfort of ably participating in the AGM. Surely I am entitled to replies to our emails, especially regarding something as important as an AGM?
12.  I feel discriminated against by Greg, as he barely replies to my emails directly, and definitely not on the same day, applying a different service standard in his speed of replying to our other Trustees. Surely we should all be treated in the same way by your company?
13.  Henry’s Office has been without WiFi for a week now. I reported this to Greg, but nothing has been done to date.
14.  A promise made by Greg two weeks ago to send Henry money for new clothing, approved by the Trustees, has still not been received by him!
15.  I summarize what was requested of Greg and the status of these requests:
#.  Rat treatment – done July 2019
#.  Roof draining above apartment 202 – requested 25/7/19, no action
#.  Lift repair – done 27/7/19
#.  Water leak – done 16/8/19
#.  Fire hydrant check – done October 2019
#.  Tree trimming behind building – requested October 2019, no action
#.  Sliding door damage – actioned 16/10/19
#.  Maintenance and Leak Detection request from Trustee 201 – requested 10/10/19, and more recently, no reaction or action
#.  Engineer visit due to wall damage – promised on 17/3 and not followed up, no action
#.  Light bulbs replaced in garage – done 16/10
#.  Cockroach  – complaint received 22/11, no action
#.  Snake – complaint 7/12/19, no action
#.  New battery pack for sliding doors to operate during Loadshedding – requested
#.  Garage motion sensor – requested 14/1/2020, no action
#.  Wall repair behind building – completed 18 June 2020
#.  Battery pack – visit by SDC on 16/3, no quote seen
#.  Extension of handrail on 102/202 side – requested 17/11/2019 after I slipped and fell down the steps covered with rain water and sand, the tiles being very slippery, and water not running off in the passage – ignored!
It is clear that there has been almost no work done by your company this year, and that maintenance requests dating back as far as 2018, and handed over to Greg, have been ignored, contrary to the Sectional Titles Act, and our agreement with your company!
16.  On numerous occasions I have requested that the incorrect billing of my water usage be amended, and that I not be held liable for Body  Corporate usage of water and electricity by daytime and night time staff of apartments 101, 201, and 202. These requests have been ignored since I moved into the building in 2018, and were addressed in the lawyer’s letter sent to Greg in May last year. I have put my Levy payment on hold until this has been resolved, and informed Greg of this, without action!
Overall the service  level has deteriorated vastly in the past year. I request that Greg Anderson be replaced by another Portfolio Manager who can better take care of and show interest in our building!
Please can you urgently assist me in receiving replies to my six AGM emails sent to Greg on 21 June 2020.
Thank you
Chris von Ulmenstein