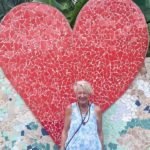 The Sweet Service Award goes to Fusturlandia, and its creator José Rodrigues Fuster, for creating the most visually dynamic suburb in north Havana, created with sculptures and tiles, creating a tourist destination that benefits his neighbours in the suburb, who all have tiny shops on their properties, selling arts and crafts. Fuster himself makes his money by selling paintings and some ceramics, not taking an entrance fee. A visual and sensory delight in Havana. 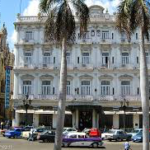 The Sour Service Award goes to Hotel Inglaterra, and its cheeky waitress in the fourth floor bar, who was pushy in selling me a drink, even though I had just come upstairs to use the hotel Wifi, having bought my WiFi card from the Hotel a few days prior. I took a water, the cheapest drink, and a few minutes later she started hassling me for payment, even though I was intensely concentrated on my posting, and had not finished the water. Then the WiFi went out. The same happened to the next door table, meaning that she had disconnected the upstairs router. I headed for downstairs, to work in the bar there, but she came running after me, suddenly speaking good English, telling me that I was not allowed to bring the glass downstairs. I requested a plastic cup, and she washed a used one…… I reported this to the hotel PR in the lobby, but she did not seem to care, saying that they are short of glasses. She did not get the point of what I was trying to tell her about the impossible behavior of the waitress, not only to me but the other clients as well.