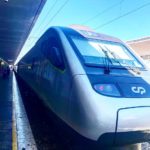 The Sweet Service Award goes to the Lisbon train service, for its amazing train to Porto, and for the discount I received when making the booking at the Lisbon station, Initially the ticket seller told me that the second class tickets were sold out, and that I would have to buy a first class ticket at €85 for the three hour trip. He understood my question about a pensioner price, asked to see my passport, and lo and behold, I was given a second class ticket at €22! I mistakenly sat in the first class section initially, and the seats in both classes were almost identical, with footrests, and WiFi! South African trains have a long way to go! 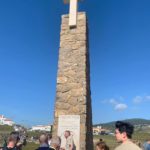 The Sour Service Award goes to Diana Tours, with whom I booked a half day tour at short notice via my hotel Alif Avenidas in Lisbon, to see the World Heritage Site Sintra outside Lisbon; the most westerly point of Europe Cabo da Roca; and the upmarket holiday and beach resort Cascais. Our tour guide was Jose, an elderly gentleman who was extremely rude and got ruder as we went along. I asked him if he could speak up when telling us information via his microphone and not cup it whilst speaking to us, as we could not understood him. He was not impressed that I provided my feedback, and he became increasingly sarcastic and arrogant in all his replies to me. When we returned to Lisbon, I and two fellow hotel guests were dropped off at a random spot, and told to find our Hotel across the square.  I had not walked in the area, only having checked in at midnight the night before, a shock, as we were collected from the hotel, and did not know how to find our hotel!