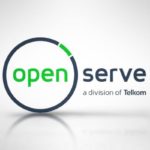 The Sweet Service Award goes to OpenServe, for their installation of a fibre internet line directly into my apartment, via a new internet provider. While they did not finish the job on the same day, they stayed until 19h00 to complete everything that they could, having to call in Telkom to fix a line problem at the pole. This happened promptly the following day, and my WiFi was up and running smoothly, and has not given a day’s problem in the past two months. 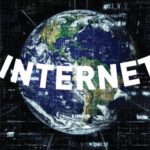 The Sour Service Award goes to Comet Surveillance and Infrastructures (Pty) Ltd, a company which sounds more like a security firm than an internet provider, and its owner Jody Faulmann. Initially he supplied the internet services, not disclosing that all four owners of apartments in the block were sharing one fibre line, yet he charged us individually. Whenever there were technical issues, which was once a week on average, he would blame OpenServe, or Telkom, or me, saying that it was due to excessive use, despite ‘unlimited’ coverage! Since the beginning of this year, he ignored each of my messages about technical issues, so I returned the favour to him when he started nagging me about collecting the router, which belongs to me, as it was included in the first payment to him.