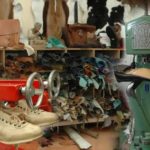 The Sweet Service Award goes to Rocksole Shoe and Bag Repair on Wale Street, and its charming owner Raj Jaga, who managed to fix the soles of my favorite pair of shoes in less than a week before my overseas trip, which I noticed in the last minute had been taking a lot of strain from all my dancing! I had forgotten about the public holiday shortening the week. He is extremely kind to his customers, and always tries to make a plan. He was awarded a Sweet Service Award in January too. 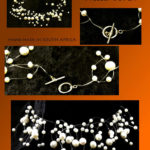 The Sour Service Award goes to Jade in Stellenbosch, and its designer and store manager Arllene Jansen. I love buying pearls at Jade at this or the Franschhoek branch, and have always received excellent service. However, on my latest visit, neither of the two staff appeared interested in helping me, both sitting at the back of the store threading pearls. Arllene came up to me barefoot, telling me that she had just had a pedicure done! I asked for pearl earrings, and she seemed very disorientated in getting them out of the display section. She became very defensive when I asked for the number of the owner, telling me that she is in Swaziland, and would not be available. I then chose a pearl bracelet, and Arllene threw a R100 voucher onto the counter, offering this as a compensation for my lack of service satisfaction. I asked her to deduct it from the total, but she told me that I could only use the voucher on a next purchase! She then offered me 10% discount on the current purchase, which was less than the R100. I asked her to separate the two purchases, as my bracelet purchase was a spontaneous last-minute one, and deduct the R100 from the bracelet price, which she did, but costing me valuable time, given that I needed to be a function higher up in the road.