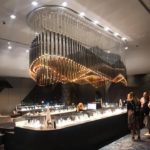 The Sweet Service Award goes to Shimansky Jewellers in Green Point, and its Carmen Wing, for their good cappuccino making skill, for offering to clean all my rings when I attended a tasting of the new Benguela Cove Cuvee 58, and for the use of the hotspot WiFi of one of her colleagues, as the jewellers guest and staff WiFi was not working. 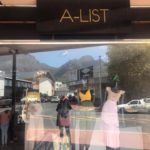 The Sour Service Award goes to A List, a dress shop on Kloof Street, for its rude staff. I walked into the shop, selected a dress, despite its brand label having been sown on the wrong side of the dress, given the pockets in the dress, to which there was no reaction. The credit card machine had no power, and the assistant muttered that they had an electrical problem. I told her that it was a ridiculous thing to say, as the power was on. She fiddled with the machine, and got it working, then told me that I am rude, and did I still want to buy the dress. I asked to speak to the manager, and I told her that it is the second time that I have received such rude service at the shop. She fired away at me, telling me that I am rude. I know I should have walked out then and there, but really liked the dress. I then asked for the details of the owner, but was told that I could not have them, and that I should leave my details so that the owner can call me. Needless to say I am still waiting ….