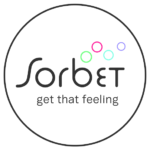 The Sweet Service Award goes to Sorbet Camps Bay, for its generous contribution to my Camps Bay Clean initiative, which enables me to employ a previously-homeless person to clean up litter in Camps Bay six days a week. It is a local resident-funded initiative.

The Sour Service Award goes to Capitec Bank. Two weeks ago I picked up two Capitec debit cards whilst I and a team of Straatwerk cleaners picked up litter in the Camps Bay Nature Park. I posted photographs of the cards on Facebook, but received no response. I called the Lost Cards division of the bank and spoke to Israel, who appeared efficient initially, but then disappointed me in how he dealt with the call, repeating questions, struggling with his system, and asking me to call back once his system was working! I also had to hold on while he contacted each of the owners of the cards. The good news was that each of the cardholders had already replaced their lost cards, so that I could destroy those that I found.