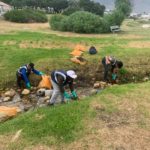 The Sweet Service Award goes to Straatwerk and their workers, who have helped me clean up in Camps Bay on numerous weekends, to weed the stream that I look after near the Tidal Pool, and to remove litter underneath bushes along Victoria Road. They are energetic, friendly, and dedicated in the work that they do, despite their very tough lives and backgrounds. Seeff is doing a fantastic job in sponsoring the work of Straatwerk to the benefit of the Camps Bay community. 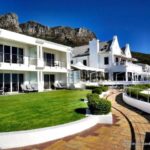 The Sour Service Award goes to the Twelve Apostles Hotel and its GM Michael Nel, for the poor handling and lack of interest in responding to a complaint I lodged about the poor service I received at the hotel twelve days ago, the subject of last week’s Sour Service Award. He called me yesterday,  with an angry tone, not asking me for my explanation but expressing his contempt at the cheek I had in awarding the Sour Award to the Hotel last week, almost as if to say that I did not have his permission to do so! He tried to lecture me, and interrupted me whilst talking. I only know him as a gentleman, as are almost all the managers, and as I did not like his bullying attitude and tone towards me, I told him that I was ending the call and would not be returning to the Café, which remains a problem child despite having a new manager.