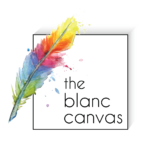 The Sweet Service Award goes to The Blanc Canvas and its owner Lisa, inside Oxford Stationers at the Gardens Centre. I had three small paintings and drawings bought on my recent trip framed, and they were completed within a week, at a very reasonable price. 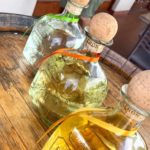 The Sour Service Award goes to OLC Experiential, the PR company which handled the Patrón Perfectionists events and publicity in Franschhoek and the Waterfront last Thursday. The PR company representatives arrived late at Foliage in Franschhoek, did not welcome or brief us as to the event, did not introduce us to the brand, to the six finalist mixologists who were pairing the Foliage dishes with Patrón cocktails, or to the three chefs who designed the dishes. No information, menus, or cocktail details were supplied. I was so irritated with the poor organisation of the Franschhoek event, which ran two hours late, finishing at 15h00 instead of the advertised 13h00, that I started asking questions and making suggestions to the Patrón brand ambassador Nick Cox directly, which irritated the PR company staff. They could not even tell me the location of the newly opened Cause & Effect venue in the Waterfront at which the evening finals of the cocktail competition were to be held, saying that they are from Johannesburg! Three days after the event no media release had been received, despite a promise of it for the morning after the event. I contacted the Bacardi Brand Ambassador Aidan Powrie, to get to know more about the Patrón brand and the competition, despite having attended both Patrón functions on the day!