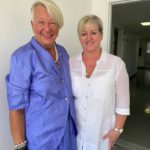 The Sweet Service Award goes to Isabella Page of The Hair Company in Sea Point, my hairdresser of almost three years. I met Isabella when she was referred to me by Anita Farr, when I complimented her on her hairstyle. Isabella was instrumental in shaping my hair look and style during my transformation, an important part of looking and feeling good. She has recently opened The Hair Company with Linnea Campabasso, operating from the 3rd floor on the Sea Point Medical Centre. Isabella invited me to visit her new salon for a cut and blow, which I timed to be just before the launch party of Cowboys & Cooks Steakhouse & Bar, but was in a scheduled load shedding time slot. There was no power cut in the building or salon. The new salon is spacious, light and airy, and offers excellent coffee, has a lovely playlist, and even has WiFi which the previous salon from which Isabella operated did not offer. 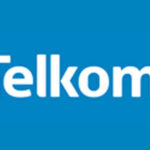 The Sour Service Award goes to TELKOM, which is sending me daily threatening SMS messages about a supposed outstanding account. Prior to moving out of my home in Fresnaye in May last year I had given them two months notice, to time it with my departure date, at the TELKOM office in Sea Point.  My account was paid up to date until the day I moved out, but further accounts arrived thereafter, now followed by a continuous stream of threats of being sent a Summons, and blacklisted at a Credit Bureau!