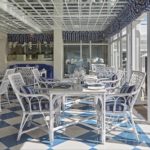 The Sweet Service Award goes to the Twelve Apostles Hotel in Camps Bay, for the fantastic service in allowing me to write in their Café Grill last Sunday when the fibre internet was not working in our section of Camps Bay. As I was writing about the Eat Out Awards event, and already had not been able to Instagram from GrandWest, as the WiFi was hopelessly overloaded and not working at all, it was a very long evening, finishing off writing at the hotel at 3h00, it being fortunate that the Café is open 24/7. I was served cappuccino after cappuccino, and even had some toast brought to me, in addition to their always spoiling marshmallows and Smarties. A huge thank you to the team, and even more so when Pumi refused to take payment for my very long sojourn there. I am a Sunday evening regular, for my coffee stop between dancing at La Parada Constantia Nek and Dizzy’s. 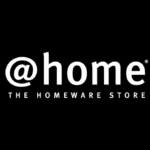 The Sour Service Award goes to @Home, for their poor service in removing price and brand stickers from a set of glasses I bought at the outlet in the Waterfront. I requested that they be removed before wrapping them in paper, but when I got home, I saw that they had just removed the paper labels, and that the glue marks were still on the glasses. I had asked if they had an acetone glue remover, but the manager said they did not, as if I was the first person to request this.It took two staff members ages to just take the paper part of the stickers off the six glasses. I had to use nail polish remover at home to clean the glasses, and then washed them. I wanted to buy the glasses at Woolworths, but their service was non-existent, and the glasses similarly priced, so I had gone to @Home.