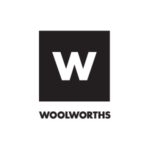 The Sweet Service Award goes to Woolworths in Camps Bay, and its manager Gary Arendse, for dropping off a bag of oranges at my home, when I recommended to him that the new branch offer a larger fruit and vegetable supply, and break up a pocket of oranges so that one can buy them individually, for single customers like myself and like they do in the Waterfront. 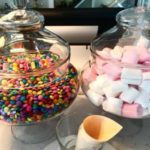 The Sour Service Award goes to the Café at the Twelve Apostles Hotel, at which I stop regularly on a Sunday evening, for a cup of tea, and occasionally a Jamieson, on my way home from Constantia Nek. Last Sunday I arrived at about 20h30, with three tables of diners in the Café, and I walked towards ‘my’ usual table, asking if I could sit there. No member of staff came to greet me, or show me an alternative table, there only being a six-seater table left, a number of tables having seemingly been removed from the restaurant. The Manager Sacha told me over the counter that ‘my’ table was reserved for 21h00. With an attitude she said I could use it, and they would seat the other couple elsewhere. She is usually very friendly, but not this time, telling me what I was going to order: ‘coffee’. If anything, I drink a dry cappuccino, but have not done so for a year, now being a tea drinker! The staff know my standard request for the Earl Grey tea with a glass of ice water, and a plate of their mini Smarties and marshmallows as a treat. None of these extras arrived, neither the extra pot of hot water I requested, their tea pots being so small that they are for one cup only.  I ordered a Jamieson, and had to request all the other items. The table wobbled, and I had to ask the waitress to stabilise it three times until it was less wobbly. It was freezingly cold inside on a cold evening, so I requested that the airconditioner be switched off. Sacha did not come to chat at my table as she used to do on my previous visits, and I felt like a stranger in a place with familiar staff. Manager Angus came to my table, and I told him everything that I had experienced. He did not react, just saying that he would speak to them. When I left an hour later, the couple for the reserved table had not yet arrived! I messaged Manager Alex De Villiers, always having a friendly ear, and he replied that he had passed this on to Food and Beverage. Until today I have not received any response. The Café has been a problem child in all the time that I have been coming to it, but the friendly staff make up for all the glitches. On Sunday the staff did not even fulfil this description.