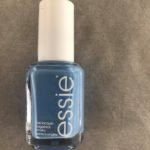 The Sweet Service Award goes to Takealot.com, for its efficient delivery of six Essie nail polishes. It was the first time that I used the internet ordering service, and I was impressed with its substantially lower price, relative to all other internet ordering services as well as retail outlets. I placed the order last Wednesday evening, received a confirmation of the order and payment received via credit card, and received a text message the following day re the delivery. I texted back to say that I would be out of town until Monday. On Monday I received a text message to say that the delivery would be made during the course of the day. At midday my doorbell rang, with the delivery person outside my door. The parcel was neatly and protectively packaged. 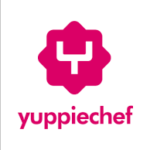 The Sour Service Award goes to Yuppiechef.com, for its poor delivery of four Riedel water glasses I bought via the internet ordering service, my first-time internet order with this company. The Yuppiechef prices are not any cheaper than buying from Riedel’s outlet in Cape Town. I chose to pay by bank transfer, not taking the public holiday last Tuesday into account. My order was confirmed on Wednesday, and I received a call on Thursday re the delivery. I told them that I was out of town, and would be back on Monday. I was in a very poor call reception area for most of the time, and appeared to receive daily calls from Yuppiechef’s delivery company Aramex. On Saturday I received an email of complaint about my telephone unavailability, hampering the company’s ability to do the delivery. I was supplied with a number, and asked to call it. I spoke to Carmella of Yuppiechef, who was exceptionally rude, taking all feedback from me as a personal affront, and continuously interrupting me whilst I was speaking. I was then given a number to call the delivery service, which I discovered is based inside the Yuppiechef offices. She could not transfer my call. I spoke to Tanya from Aramax, who sounded friendly and efficient. I told her that I would be back on Monday. I received four calls during the day on Monday, the first delaying delivery to Tuesday, which I said was unacceptable. Then it was shifted forward to Monday between 18h00 – 20h00, which was not acceptable to me, as I wanted a more precise time, so it became 18h30. At 18h33 I was called, to say that they would come at 19h00, with no apology for not giving me prior warning. The Night Supervisor kept saying it was ‘OK‘ to everything I said, despite it not being okay with me. He then called again, asking me for details of why the delivery went wrong! I told him that I do not run their delivery service. At 19h00 the delivery man finally arrived! I would never order from Yuppiechef again, with such a pathetic delivery service, and rude staff member!

After writing this, I received the following email from Kaylee Clark of Yuppiechef, her position not specified. It shows that this company does not know what it is doing!

‘Hope you are well. Tania (from Aramex) has informed me about the delivery issue regarding your order.

We are so sorry that this has caused you so much frustration. I would just like to explain how the delivery process works with our courier, Aramex.

We require an address to be provided where someone will be available to sign for delivery between 8am and 5pm. We are not able to specify a time for delivery nor are we able to request a specific time for delivery. If the first or second delivery attempt was not successful, the courier will get hold of you to find out when would be best for delivery. According to the courier company, they did try and call you and sent SMS’s numerous times but with no success or response?

I do see that you left a request for you to be contacted before the courier delivers and, in response, we did send you an email to let you know that this was unfortunately not possible.

The above being said, I know that it was eventually arranged that the courier deliver to you yesterday before 6:30pm. I have told the courier that it is unacceptable to assure a customer that it will be delivered by a certain time and then not actually keep your word. For this, we are extremely sorry and I promise you that I will take this further with them.

I believe that you refused delivery of the parcel last night at 7pm? Please let me know how you would like us to proceed now? Would you prefer we attempt delivery again or should we have the parcel returned to Yuppiechef and a refund be issued?

Our sincerest apologies for the disappointment and frustration caused’.