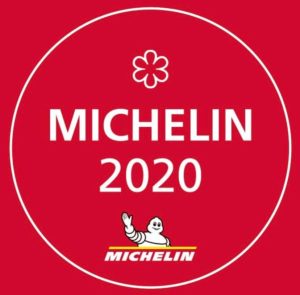 The local JHP Gourmet Guide once again tried to link itself to the Michelin star rating of our local restaurants, by awarding top local restaurants one, two, and three plate accolades, as if they are equivalent to Michelin one, two, and three stars. I have been critical of this exaggerated and dishonest link by Jenny Handley and her Gourmet Guide Awards, especially as I know how the restaurant visits are done by her. (See the Blogpost link at the end of this article). A recent Forbes article ‘The Secret Life of an Anonymous Michelin Restaurant Inspector’ therefore attracted my attention, and I summarise it below, so that I could double check my view on this.

The Forbes article was written by Karla Alindahao, who interviewed a Michelin Guide Inspector, without revealing any details about him/her, via email. She probed his/her methods, criteria, and the effect of eating ten indulgent meals a week.

In answer to her question of how the Inspector took on the job, the inspector wrote that his/her background was in restaurants, both in the back of house and the front of house, and working in food and beverage departments of top hotels in New York. He/she had heard about the opportunity to become an inspector via the career service of the culinary school which the inspector had attended.

Training for aspirant Michelin inspectors is described as being ‘extensive’. Initially the new Inspector was ‘paired’, pardon the pun, with senior inspectors, shadowing them for months. In addition to the training received in the inspector’s home market, he/she was also sent to the UK and France, followed by time spent in Japan and in Seoul.

The workload is heavy, with three weeks out of a month spent on the road, and up to ten meals a week evaluated.

Michelin inspectors remain anonymous so that they are served in the same manner as the diners also eating in the restaurant, ‘so that we can provide a trusted opinion for our readers’.  At its base of evaluation is the food on the plate, no other criterion such as service or decor influencing the evaluation. More specifically, the following aspects of the dish are evaluated:

Should the cuisine not ‘meet the inspector’s judgement on any one of these criteria, then the restaurant will not receive a star – although the cuisine could deserve a Bib Gourmand or Plate distinction’. Each Michelin Guide should be regarded as a selection and not a directory of restaurants. In total about 15000 restaurants are included in Michelin Guides, but only one-tenth of these have received a star accolade, that is about 1500 Restaurants across the globe.

Michelin stars awarded to restaurants usually do not fluctuate. Changes occur when there are chef changes or if the restaurants close. But, the quality of the cuisine can slip too. Inspectors respect the time and energy that chefs devote to mastering their craft, yet have a responsibility to diners to provide ‘an honest, accurate, and trustworthy opinion’.

Dishes on the menu which are ordered are selected by inspectors on the following criteria:

It is not just one inspector who seals the fate of a restaurant. Different Michelin inspectors from around the world confirm the stars awarded.

In the interview the Michelin Guide Inspector was asked how he/she deals with eating multi-course meals up to ten times a week. The reply was that the inspector walks, takes stairs, ‘monitoring our alcohol consumption, choose wisely,  vary cuisine types (limit the back-to-back foie gras) and try to stay on a schedule’.

In reply to another question, the Michelin Guide inspector indicated that remaining anonymous is the hardest part about the job. The inspector interviewed wrote that his/her immediate family know what he/she does for a living, trusting them with this information.

In looking for the Forbes article on Google, I found a post on the Michelin Guide website, advertising an inspector post in New York. It describes the job as evaluating hotels and restaurants, with ‘up to three weeks of travel a month and a minimum of 275 inspection meals per year’. The company states that it provides fitness membership reimbursement. Requirements for the job are a minimum of five years of relevant experience, being plugged into the latest restaurant openings, closings, and updates, and ‘extensive international knowledge of ingredients, culinary techniques, cuisines and culinary fundamentals’.

JHP Gourmet Guide announces 2020 top restaurants, but does not release the list until January 2020! Read it here first!

Note 1:  The Michelin Plate rating was first introduced in 2018, and denotes ‘restaurants where the inspectors have discovered quality food’. This just causes greater confusion, but in fairness the JHP Gourmet Guide awarded the Plate awards first, five years ago when it launched its Gourmet Guide. The Bib Gourmand rating dates back to 1955, denoting a good value restaurant offering two courses and a glass of wine or a dessert at $40 or less (in 2017).

Note 2: South Africa and the rest of Africa, and South America (with the exception of São Paulo and Rio de Janeiro) do not have the Michelin Guide, because they do not sell enough Michelin tyres.  We are very proud of our two South African chefs heading up one Michelin star kitchens overseas: Jan-Hendrik van der Westhuizen of JAN in Nice (since 2016), and Jean Delport of Interlude at Leonardslee outside Horsham in the UK (awarded last month).

2 replies on “The Eat and Meat of a Michelin Restaurant Inspector! A star job, eating out 275 times a year?”