The Sweet Service Award goes to The New Age, which generously delivers a pack of its newspapers every day on weekdays, to the benefit of our Whale Cottage Camps Bay guests, at no charge. 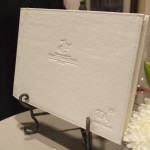 The Sour Service Award goes to the Taj Cape Town, for associating itself with The White Club owner Rene Dehn, in preparing seven months ago what appeared initially to be its exclusive Taj First Growths Wine List Exceptionelle.  Dehn has just been outed as having been fraudulent in his The White Club tastings held around the world, in London, Hong Kong, and in Switzerland, as well as locally, in having served what he said were very rare wines with old vintages, but may have been younger wines thought to have been decanted into the older bottles. The exclusive Taj wine list was described as being the most sought-after in the world, many of the 36 wines having been sourced from Dehn (at high prices no doubt). It is hand-written with detailed tasting notes, and is bound in white leather.  At the time Dehn was quoted as follows, saying about the wine list he created for The Taj: ‘These wines are so scarce that many consumers will never have the chance to ever taste them. Now, at Taj Cape Town, guests have the unique opportunity to try not only the very best in South African wine, but to compare these with a unique selection of offerings from the globe’s most iconic estates’.   The White Club is an international members-only wine society, although one doubts whether most members will stick with Dehn after the airing of the allegations.  Embarrassingly for the hotel the publicity for the Taj Cape Town wine list described The White Club wines as follows: ‘Only wines whose origins are 100-percent traceable and where consistent quality is guaranteed feature on the list’.  Surprisingly the Taj Cape Town’s bottle store owner Neil Pendick has given scant attention to this scandal of deception!  He had written enthusiastically about the launch of the winelist last year, lambasting WOSA for not having sent visiting international sommeliers to the event. The Taj Cape Town has removed the blogpost on its blog about the launch of its The World of First Growths List Exceptionnelle winelist.  The Taj Cape Town ‘Food and Beverage Captain’ Eugene Myburgh told me telephonically that the List has been discontinued, as it ‘sold out’, but was very vague and evasive as to when this was!  The White Club’s website is down ‘for maintenance‘!