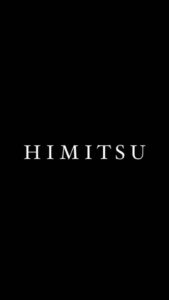 Himitsu, meaning secret in Japanese, opened quietly and secretly at the five star Camps Bay Retreat Boutique Hotel just over a year ago, Chef Cheyne Morrisby taking over all the Food & Beverage requirements for the guests of the hotel, a first for Morrisby, who by then already had a number of restaurants in Hout Bay and in De Waterkant.

After an explosive Sour Service Award I awarded to Himitsu Restaurant for a shocking breakfast experienced there in January, and it coming to light that Morrisby had not been to the Camps Bay restaurant in four months, Morrisby announced a week ago that he has closed down Himitsu at the Camps Bay Retreat.

I had the scoop on the secret restaurant opening in January last year:

Himitsu quickly became popular for Lunch and Dinner, and was highly regarded via word of mouth for its Japanese cuisine combined with its beautiful views over the ocean. It was less well-known for its breakfast. I was part of a local Camps Bay group breakfasting there in January, and wrote about our dreadful experience, and so it became known that Morrisby had not been near the restaurant for a number of months, announcing on Facebook that he was recovering from a nervous breakdown, despite a waiter having told me that Morrisby had been in the kitchen just before we arrived. My review caused an outcry in the Cape Town Restaurants: The Good, Bad & Nastyyyy Facebook Group, Morrisby’s friends and loyal supporters attacking me, and receiving verbal abuse and disparagement from Morrisby on the platform as well as via What’s App, swearing at me in a violent rage via Voice Notes.

On Instagram last week Morrisby announced that Himitsu has left Camps Bay Retreat and that he is looking for a new venue for the restaurant, indicating to me that the Hotel was not happy with the service its clients was receiving, with other complaints and negative reviews received about Himitsu.

Himitsu Camps Bay posted on Instagram: ‘We started with a secret just over a year ago in 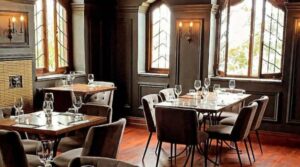 Camps Bay.  It became Himitsu and the secret was revealed. We launched in the middle of Covid and it was beautifully terrifying. What we did not expect was that it would evolve so quickly into a Tiger. The Tiger knows the limits of his cage when it hits the bars ❤️. We have hit the bars that prevent us from going beyond. Growth is a beautiful thing but needs to be nurtured with the right conditions to excel. We are at this point where we have had to make some decisions to allow an organic growth. Our journey at Camps Bay Retreat will be ending on Monday 2 May to allow a new path to be taken. Where is this path? We will allow our team’s energy to manifest into a new space with positive and endless ripple effects. We look forward to updating you on our next exciting location’.

Camps Bay Retreat is now sending its hotel guests to its sister The Bay Hotel in Camps Bay for their breakfasts.

It will be interesting to see where Himitsu will pop up next!