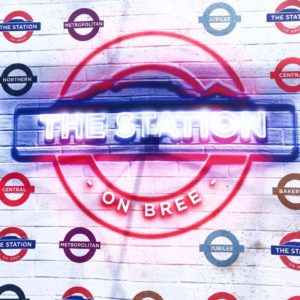 On Thursday I attended the launch of ‘Thursday Reveal’ at The Station on Bree, offering a musical introduction to the weekend on Thursday evenings, with George Sax and other musicians performing. We also tasted some of the dishes on the new Summer Menu, presented as canapés.

The Station on Bree was my first introduction to dancing in Cape Town, when it opened in October last year. The DJs took great trouble at that time to play ‘My Way’ by Calvin Harris, which had become my anthem. The establishment brings London to Cape Town, with its Undeground-themed decor.

The Station on Bree rolls into Cape Town, brings London to the city! 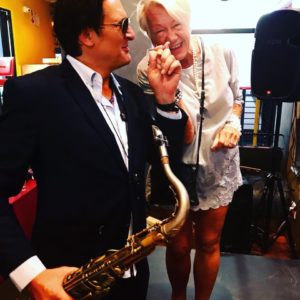 evenings too. Very shmoozy and charming saxophonist, percussionist, and DJ George Sax will perform on Thursday evenings, and will be joined by other local 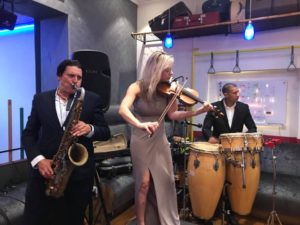 musicians to create world-class entertainment. At the launch event, George Sax and Friends performed, a violinist and a drummer joining George Sax. 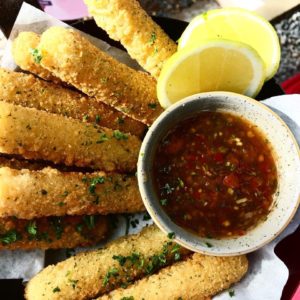 Working with a Consultant chef, the food bar has been raised greatly, based on the canapés we tried at the launch event. The new casual Mediterranean-infused menu focuses on fresh flavors and simple ingredients, offering unpretentious Street food. The menu offers traditional main meals as well as small plate dishes. 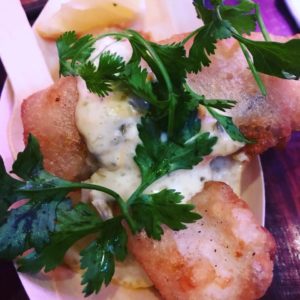 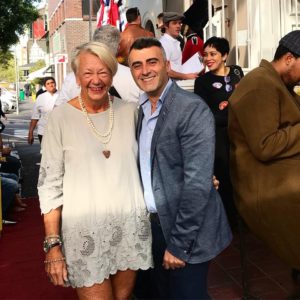 and mini cheese and chutney hamburgers.

It was good to see Owner Neil Basel (left) again, and he told me that he lives in Cape Town almost exclusively now, having previously commuted from Johannesburg. He shared that they stock more than 30 gins, with a wide range of botanicals, as well as a range of tonic waters. 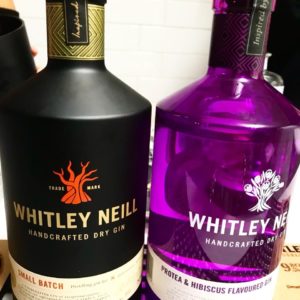 In the basement of The Station on Bree a number of gin brand representatives had set up gin tasting tables. The most unusual gin brand was Whitley Neill from the UK, with a handcrafted small batch dry gin, as well as a Protea and Hibiscus flavored gin, the latter in a strong purple colour.  Juniper Moon, ‘hand 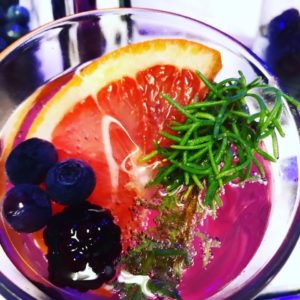 crafted in small batches’, shared the table with the UK brand. The Duchess, a Virgin Gin & Tonic, was present, but I far preferred the real gins. Hopkins on Hope had packed up its tasting table early, so I did not get to taste its gin. Stretton’s gin is from the UK as well, and one could taste two variants, Barker and Quinn being the brand’s tonic partner. I really enjoyed Jonni’s Gin & Tonic (left), a premixed pinky gin due to 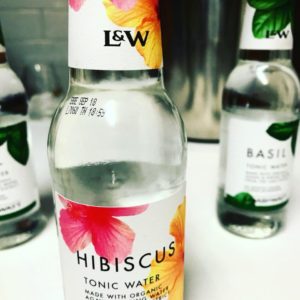 its blueberries, poured out of a tap, and originating from Elgin. Who Jonni is was kept secret. I love the label design of Lamb & Watt (L&W) tonic water with Hibiscus, Cucumber, Basil, and an Original, from the UK, which is now available in our country.

The Station on Bree has different stations and platforms, pardon the pun, in its building, each offering different services and facilities, including artisanal coffee by Mischu, cocktails, dinner, as well as dancing to the music played by a number of DJs. A range of wines from the nearby Winelands, as well as craft beers, is available too.

Thursday evenings in Cape Town will take on a whole new excitement at The Station on Bree, with the music of the charming and talented George Sax, and its new Summer Menu.

Disclosure: We received a goody bag containing a host of spoils: Hunter’s Edge T-shirt and cap, a Hunter’s water bottle, a pair of Hunter’s sunglasses, a Richelieu keyholder, a JC Le Roux wine cooler, Garlict for bad breath, and a bottle of Madonna Shiraz 2014.