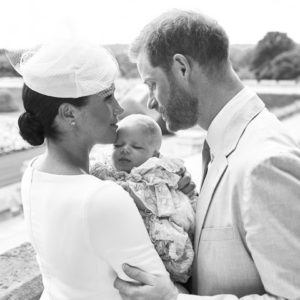 Today in a week the eyes of the world will be on Cape Town and our country, when the Duke and Duchess of Sussex land in Cape Town on the first day of their ten day ‘African’ tour with their baby son Archie. There is no better PR for our city and country after the black week at the beginning of this month.

German Bunte magazine states that the royal ‘African’ tour has the goal of strengthening ties between Africa and the United Kingdom, despite the royal family visiting Southern Africa only. Special topics and themes of the visit include Community, Mental Health, HIV/AIDS, Education, Labour, Wildlife Protection, and the Rights of Women and young girls. The itinerary of the tour by the royal family, 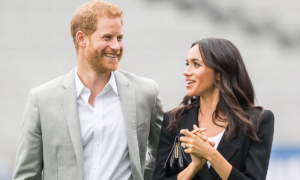 a visit at the request of the British Foreign Ministry, has been shared as follows:

.   Monday 23 September: Arrival in Cape Town. Visit to a workshop in which children are educated about their rights, and attend self-defence classes. Visit to the District Six Museum, followed by joining a cooking activity with previous residents of District Six.

.   Tuesday 24 September: At Monwabisi Beach they visit the ‘Waves for Change’ program, which uses surfing as therapy for young and homeless persons. They will also visit the Lunchbox Fund, an initiative offering meals to learners in disadvantaged areas.  Prince Harry will travel to Robben Island, to learn about the prevention of abalone poaching on the island. The Prince and Duchess will meet up again in the afternoon, to visit colourful Bo-Kaap. In the evening they will be welcomed at a Reception at the residence of the British High Commissioner.

.   Wednesday 25 September:  Visit to the Desmond and Leah Tutu Legacy Foundation, the two Tutus meeting the Prince and the Duchess. The couple split up, Prince Harry traveling to Botswana, Duchess Meghan visits Woodstock Exchange, and an initiative to encourage women to become entrepreneurs.

.   Thursday 26 September: Duchess Meghan attends a Breakfast with women in the Service industry, while Prince Harry plants trees with school children. He also visits a project of his charity Sentebale, followed by a visit to the Chobe National Park. In the Park he will be shown a forest area, and 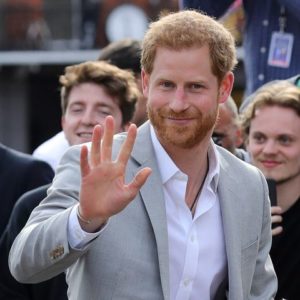 will dedicate it to the Queen’s initiative of the protection of forests. He ends the day in Angola, in a camp dealing with land mine eradication.

.    Friday 27 September:  Prince Harry will visit Huambo in Angola, which Princess Diana visited in 1997, and raised the awareness of the danger of landmines for communities. He will meet staff dealing with the removal of landmines, as well as those injured by land mines.

.   Sunday 29 September: Prince Harry meets the President of Malawi Peter Mutharika, and visits a College that encourages the education of women.

.   Monday 30 September:  The Prince visits Liwonde National Park to pay tribute to Mathew Talbot, who lost his life in an anti-poaching action.

.   Tuesday 1 October: Prince Harry visits the Mauwa Health Centre in Malawi. He returns to our country, meeting Duchess Meghan and baby Archie in Johannesburg. The Duchess attends a discussion with the Association of Commonwealth Universities about the challenges facing young girls in obtaining a high school education. She also visits a school with members of a charity organisation which educates learners about the prevention of and dealing with sexual violence.

.   Wednesday 2 October: Prince Harry and Duchess Meghan meet young inspiring South Africans. This is followed by a visit to Grace Machel, the wife of the late Nelson Mandela.  The final engagement of their trip is meeting South African President Cyril Ramaphosa and his wife, before returning to London that evening.

Prince Harry has visited Southern Africa since the age of 13 years, In his role as Junior Ambassador of the British Commonwealth he supports young people in Africa to achieve their full potential, according to the royal palace.