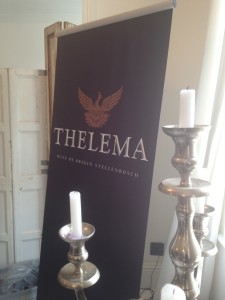 Thelema hosted a tasting of its Thelema and Sutherland brand wines for hotel and restaurant staff as well as writers at Dear Me in the city centre yesterday.  At the tasting it was announced that a Thelema MCC will be launched later this year.

We were welcomed with a glass of 1994 MCC, a once-off production, which had been made for a family wedding.  It was disgorged three years ago. Thelema was bought by Gyles Webb in 1983, then a 157 ha fruit farm. It is one of the highest and coolest wine estates in the area.  The first wines were produced in 1988. The Thelema Family Trust bought the 100 ha Sutherland farm 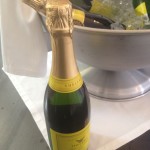 in Elgin in 2002, and half of the apple orchards were replaced with vines.  The Sutherland wines are slower to ripen, being grown in the cooler climate Elgin, have more minerality, are more approachable, and can be drunk sooner. They are made at Thelema’s cellar in Stellenbosch.  Rudi Schultz has been the winemaker since 2000, with Webb the Cellarmaster. Thelema is particularly well-known for its Cabernet Sauvignon. 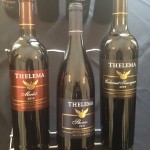 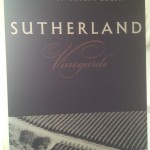 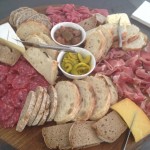 The wines were accompanied by a large platter of charcuterie and cheeses, and artisan breads, prepared by Dear Me Chef Vanessa Marx.

4 replies on “Thelema Wines to sparkle with new MCC this year!”