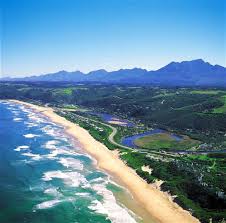 A trip down the Garden Route is a Capetonian favorite, taking one to the popular coastal towns of Plettenberg Bay, Knysna, Wilderness, Mossel Bay and more.

Now TimeOut has included it in its list of 11 ‘most breathtakingly beautiful road trips around the world’, a fantastic accolade for tourism in the Cape.

TimeOut wrote about the Garden Route:

‘If you’ve got high expectations from a road known as the ‘Garden Route’, you aren’t going to be disappointed. South Africa’s gorgeous route from Cape Town to Gqeberha (formerly Port Elizabeth) is a true celebration of the country’s incredible nature, from staggering mountains to charming coastal towns with plenty in between. You can do the 300km (give or take) drive in a day, but make the most of it and stop off plenty, making it a six or seven-day road trip in the process.’

The distance provided by TimeOut is incorrect, it being 750 km between Cape Town and Gqeberha. Most locals would see the Garden Route starting in Mossel Bay, a distance of 360 km from Gqerbeha.

Other Road Trip routes which the publication included in its list are:

2. Route 66, between Los Angeles and Chicago, in the USA

8.  Pan-American Highway, from Prudhoe Bay in Alaska to Quellón in Chile.