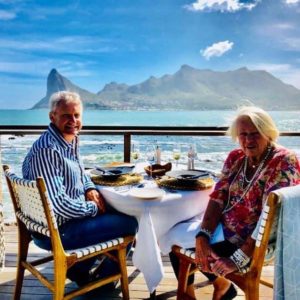 Tintswalo Atlantic GM Melissa du Rand told me that the Chef team of Sean Klette and two colleagues, which had been appointed to open the Tintswalo Kitchen, having been retrenched from The Shortmarket Club when it closed down at the beginning of Lockdown, have been enticed back to The Shortmarket Club, which is reopening. What must have been a blow for Tintswalo Atlantic initially has turned into a plus in attracting the Chefs Warehouse into its elite accommodation presence at the foot of Chapman’s Peak Drive. At the moment, furniture, decor and tableware changes are being made at Tintswalo Atlantic, to fit in with the Chefs Warehouse signature space design.

The Chefs Warehouse at Tintswalo Atlantic team will be headed by General Manager Jami de Witt and Braam Beyers as Head Chef, moving from Chefs Warehouse Beau Constantia, under the guidance of Liam Tomlin and Chef Patron Ivor Jones.

I first met Chef Braam whilst dancing at La Parada Constantia Nek, and in May 2017 I had a breakfast with him to learn more about this young talented chef who is keen to make his mark on the international 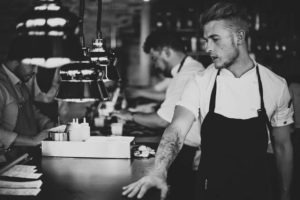 restaurant scene. The restaurant website summarises his career as follows: ‘Braam has been at Chefs Warehouse Beau Constantia since 2017 after returning from the Institut Paul Bocuse in Lyon, France. He has worked his way up from a junior position to being appointed senior sous chef upon his return from New York after “staging” at Aska as well as 3 Michelin star restaurant, eleven (sic) Madison Park. Cooking is something I fell in love with at a young age. It then turned into something I 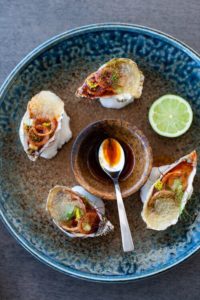 wanted to pursue as a career which then became a complete obsession. I was lucky enough to understand exactly what I wanted early on in my life and set goals for myself to achieve that. Those goals have never changed, the vision has never changed. I just want to be the best chef that I can possibly be. I’m not talented, I’m just dedicated.’

‘When I first walked into this incredible space, I knew that a Chefs Warehouse at Tintswalo Atlantic was a no brainer. This location is surely one of the best dining rooms in South Africa, if not the entire world’, says Tomlin. ‘It is a dream come true to have a Chefs Warehouse not only close to, but right on the ocean, to complete our 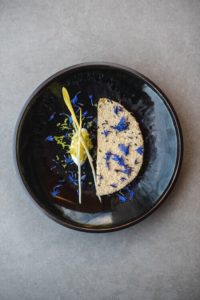 package of restaurants in the Cape winelands and the city. I’m very excited also by the opportunity for Jami and Braam to have their own space to work from, and to use this breathtaking location as inspiration to create a menu that will no doubt pay homage to the ocean.’

The restaurant will be open for Lunch and Dinner seven days a week, serving ‘Tapas for 2’. A cheese course and a selection of dessert may be ordered in addition to the eight seasonal small plates offering.

Lisa Goosen, the owner and CEO of Tintswalo, enthused: ‘It is a match made in heaven. We share a great enthusiasm for creating a special, new restaurant that will offer diners, including our resident guests, an unsurpassed, contemporary and multi-sensory fine dining experience in one of the most spectacular locations in the world.’