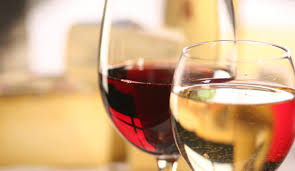 Jamie Goode is a well-known award-winning ‘wine journalist‘ and wine judge from the UK, writing his Wine Anorak blog for the past 14 years.  Uncharacteristically he has lashed out at ‘wine writers ripping off wineries’, describing this as a ‘disturbing trend‘!

Goode wrote on his Blog last week: ‘A rant. I don’t rant often, but I’m driven to do it today. As a wine writer, I’m alarmed by the recent trend for other wine writers to behave parasitically by charging wineries to reproduce reviews.  I’m not going to name names, but it’s morally questionable, and I think wineries shouldn’t put up with it.  If I am hosted by a winery, who take the time to show me around, and go to the expense of opening bottles for me, or send me samples, it’s only right that they should freely be able to quote my reviews or comments and use these to help sell their wines.   For a writer to accept press trips or to be received by a winery, or to taste samples, or to attend a tasting where a producer has spent money on flights/wines/table fees, and then to turn round and charge the winery a professional fee if they want to use your review in promoting their wine is quite wrong, in my opinion.   Making a living from making wine is tough enough without the parasitical drain from media organizations who are either greedy, or who can’t make enough money from their core activity. It’s bad enough to see all these events where producers are being charged £££ for a table, and then the punters are also being charged to attend, but this pay-to-quote nonsense is just the worst.  The best writers don’t get involved with this sort of practice’.

Goode does not mention names, but in South Africa we have written about the unethical behaviour of Michael Olivier, who charges winery clients more than R1000 a month per brand to send a Tweet, to write a blogpost (usually a copy-and-paste media release), and to get a mention on his podcast, not declaring on any of these Social Media platforms that he has been paid by the clients to ‘review’ the wines!  Unsurprisingly he never says or writes anything negative about his clients’ wines!  His website refers to both ‘winery partners’ (he lists 52 wine brands), as well as ‘website partners’, clearly confused about his own terminology, but there is no mention that these ‘partners‘ pay him a monthly fee.  We note that our previous criticism of Olivier’s copy-and-paste use of media releases has led to a slight adjustment, in that the PR company is now mentioned, but there is still no use of inverted commas to show that he is using such releases word for word!  The ‘Die Vine Intervention‘ podcasts are done by Olivier from Cape Town, and from Johannesburg by ‘partner’ John Fraser.  Olivier’s clients will be horrified to see what the Die Vine Intervention Twitter account (@DieVineIn) retweets (any negative mentions in Nasty Neil Pendock’s blogposts), and how sexist and silly their own Tweets are for this account, rarely relating to wine!

Goode’s blogpost led to a discussion on Twitter locally, the question being asked if any local wine writers are guilty of Goode’s criticism.  Oddly none of the Twitter participants mentioned Olivier.  One Twitter commentator uses Olivier to obtain coverage for his clients’ brands, that is when he does not write about his clients’ products on his own blog, without declaring that the winery is a client of his PR consultancy!   Wine writer and judge Angela Lloyd wrote: ‘… I know some reviews are ‘sponsored’, i.e. journalist paid for them‘!  Was she referring to Olivier?  Tweeter Gabrielle le Roux, who fraternises with Olivier on Twitter, wrote: ‘...that’s shocking, I’d be disgusted if this were true‘, clearly not knowing how unethical her friend Michael is!

Comments on Goode’s blog were a mix of calls for ‘name and shame‘ to repeated emphasis that one should declare when one has received any meal, wine, or other gifts for free, or that one has been paid to write about the brand.  Neal Martin was highlighted as a writer who refuses to accept a free lunch with wine producers, insisting on paying for his share of the lunch bill.

One wonders why Olivier is not ethical in declaring the payment received from his ‘winery’/’website partners’, and in copying-and-pasting media releases, acting exactly like the ‘parasites’ Goode refers to above, continuing to risk his reputation, the little he still has!   One should salute every wine estate NOT listed as a ‘partner‘ on Olivier’s website, in not having been bullied by him into signing up for his unprofessional service!