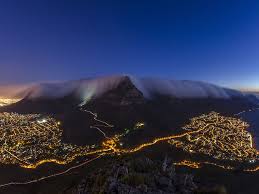 The Western Cape Khulisa Project focuses on growth-generating sectors of our province’s economy, and Tourism is one of the most important to meet this goal! Minister Winde mentioned the investment of R 179 million by the V & A Waterfront to build a cruise liner terminal, as well as the doubling in size of the Cape Town International Convention Centre, the new R680 million Tsogo Sun Hotel in the city centre, and the new Zeitz Museum of Contemporary Art Africa being built in the V & A Waterfront.

‘Tourism is our most competitive sector. It has shown high growth and excellent job creation over the past five years’, said Minister Winde. He identified the following Tourism goals for the period until 2020:

The Minister said that the province needed to market itself better. ‘To reach these objectives, we will collaborate with the private sector to pursue a range of initiatives which we have workshopped with industry into a set of action plans. These plans are focused on boosting awareness of the Western Cape in key markets, improving accessibility to the destination and boosting the attractiveness of the region through additional competitive product offerings‘.

Strategies to increase the tourism potential of the Western Cape include encouraging business and conference visitors to our region to stay longer for a leisure break, or to return for it at a later stage; to build up a business intelligence system, allowing the tourism industry to monitor and to react to trends as they happen; and to increase air access by getting more international airlines to fly directly to Cape Town. The Minister said three such air connections are being worked on, and mentioned that the new direct flights from Ethiopian Airlines and Qatar Airlines have increased the number of international arrivals at Cape Town International.

Making our country more accessible to tourists from China and India would be a further boost to Tourism, and the Minister promised that his department would lobby for amendments to the debilitating Visa regulations. An ‘innovative approach to packaging the destination‘ was promised.The Minister is a keen cyclist, and wants to position the Western Cape as the Cycling Capital of our country, offering world-class cycling infrastructure to local and visiting cyclists. A Madiba Legacy Tourism Route is planned to highlight places in the province which are connected with the late Nelson Mandela. Good news is that the province wants to market the food and wine bounty of the Western Cape. Events will be a marketing focus too, as they fill up accommodation, restaurants, and benefit the retail trade in the towns too. A service improvement campaign amongst businesses in the province is also planned.  Last but not least, is to make locals proud of the Western Cape, in a ‘tourism benefits me‘ campaign!

The province is coming to the end of a very harsh winter, Seasonality making itself felt yet again. It is disappointing that the Minister did not raise this directly, as it remains the biggest obstacle to the success of the Western Cape’s Tourism industry!