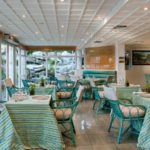 The Sweet Service Award goes to the Twelve Apostles Hotel, and its F & B Manager Hilton Ruch. On my way home from dancing at Constantia Nek recently, I stopped by at their Café for a dry cappuccino. Not expecting Hilton to be at work after 22h00, I asked one of the staff to pass on my regards to him. She told me he was still at work, and called him. He chatted, and told me about their new Vegan High Tea, a first in Cape Town it would seem, as well as other news. The dry cappuccino was perfectly made, and they have marshmallows too, a weakness. When I requested the bill, I was told that Hilton had taken care of it, 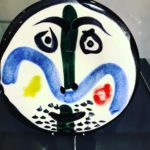 The Sour Service Award goes to The Vineyard Hotel, for it not offering WiFi to visitors to the hotel, and the rude way this communication was handled by the duty manager! I attended the Strauss & Co Art Auction (taking place on Monday) Preview last night, and wanted to sit in their lounge to have a cappuccino and to Instagram my photographs, to the benefit of the hotel and the Auction house, but I was flatly refused complimentary WiFi, even if I was to order from their menu and eat there. I got a rude mouthful from the Duty Manager, quoting the inflexible rule,  and telling me that it is not her fault, and that I should speak to the GM. But he was not at the hotel when I asked for him!  One wonders why The Vineyard is so in the Dark Ages in not making its establishment WiFi friendly, a minimum requirement for a hotel hosting a high-ticket Art Preview and Auction, with resultant high-level clientele attending.