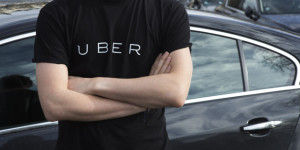 Uber has announced that it has reduced its rates by up to 20% in the three major cities of our country, to prepare the company and its drivers for the slow winter months caused by Seasonality. What was meant as a PR boost has become a PR embarrassment for the sharing service company, with a hijacking at the airport, and an attack on an Uber vehicle on the corner of Buitengracht and Somerset Roads, reported Kfm.

On Tuesday Uber announced the rate decreases for Cape Town, Johannesburg, and Durban, and declared that they had been sanctioned by its drivers. Yet more than 200 drivers went on strike in Green Point in Cape Town on Wednesday, against the cuts in their compensation, from R7 down to R6 or even R5 per km it was reported on Kfm. A non-striking Uber driver said that he was avoiding trips to the city centre and the airport, to prevent action against him by other Uber drivers.

Uber has motivated the rate and driver pay decreases as a means of enhancing its drivers’ revenue. The reduced rates would enhance demand, Uber has said, and would mean less down-time for its drivers, and hence more income. Uber Sub-Sahara GM Alon Lits said about the rate decrease: ‘While these price cuts are beneficial for riders, they are ultimately designed to help Uber driver-partners. This is because a driver-partner who is logged into the Uber app is doing one of three things: sitting idle while waiting for a trip, on their way to pick up a rider, or carrying a rider to their destination. The third scenario is when a driver-partner is earning a fare’. He referred to rate reductions in Lagos, Warsaw, and Istanbul, which led to increased income for Uber drivers.

Uber has announced that it will guarantee ‘minimum payment‘ for their drivers.  The company has promised to review the rate reductions  should its drivers not earn ‘what we expect’.

An email sent to clients by Uber announced that it reduced its rates of UberX in Cape Town by 15% as of 7 April. It was accompanied with a diagram, showing that my last trip costing R37 last month now costs R31. Interestingly it encourages its clients to use Uber because one’s next UberX ride ‘may just be even cheaper than parking in the city‘ – on Thursday I had a two hour meeting at Villa 47 and had to pay the parking attendant R30,60 for parking for two hours, so a valid point!

POSTSCRIPT 9/4:  Samantha Allenberg, Head of Uber Africa Communications, has sent this response to our Blogpost:   ‘The media reporting on 200 driver-partners coming to our offices on Wednesday has been exaggerated. The reason we say this is that we hosted an information session in one of our rooms at our offices and there are less than 50 seats in that said room. Driver partners were not violent/aggressive in anyway.

Some driver-partners not using app:
Time and again we have seen that price cuts result in more people wanting to take trips with Uber. That’s good news for partner-drivers who spend less time waiting for fares and more time earning. When we announced these cuts we committed to paying partner-drivers if we were wrong – no matter what, they would not lose out. Unfortunately a small number of partner-drivers in Cape Town have not heard about our guarantee so have chosen not to use the app for now. We are trying to speak with them to reassure them of our guarantee.

Uber’s 24/7 global support and incident report team handles inquiries from drivers. Our incident response team is trained to deal with any critical safety issues that arise and are able to connect with law enforcement if necessary. We have also ensured that drivers have access to a number which deploys a private security vehicle in the event of an emergency. When this vehicle is dispatched, police are notified at the same time by the security call centre and asked to respond to this event.

Any intimidation against those who want to use the Uber is unacceptable. We are deeply committed to the safety of riders and drivers and we take any incident very seriously’.