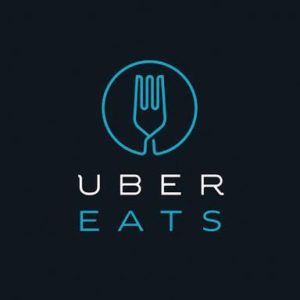 On Thursday afternoon I attended the launch of UberEATS in a private home in Willesden Road in Camps Bay, with the backdrop of a beautiful sunset. The launch follows that in Johannesburg four months ago, the city having seen 200000 downloads of the UberEATS App in the first two months of its launch.

The launch was attended by a collection of food writers, and we 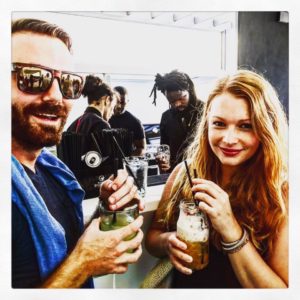 were spoiled with canapés prepared by HQ, one of the UberEATS restaurant partners. We were served steak and mayonnaise; Arancini balls; mozzarella, cherry tomato, and pesto skewers; chicken skewers; mince and Brie bites; and salmon, rocket, and cream cheese 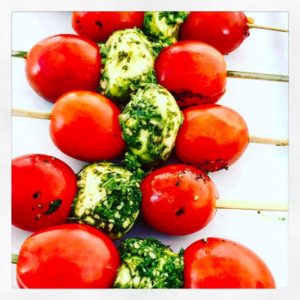 roulades. The event drink was a Passion Crush, with apple juice, granadilla juice, vodka, and Campari.

The launch function was managed by Jenni Newman Public Relations, and I connected with Jenni, not having seen her in the many years since my Johannesburg days. 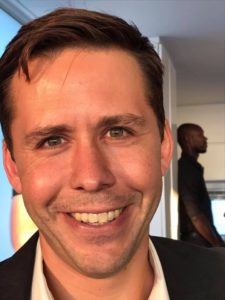 Restaurant Operations Manager Dave Kitley welcomed us to the launch event.  Cape Town UberEATS launched with 100 restaurants, and builds on the global success of Uber, operating in 475 cities in 80 countries, with 2 billion rides to date, and 1 million active partner drivers. Uber’s expertise is transportation, and this will be applied to UberEATS too. In the past Uber has had Food promotions, its drivers delivering ice cream, hamburgers, and sushi in the past. UberEATS customers want fast delivery, a smooth ordering 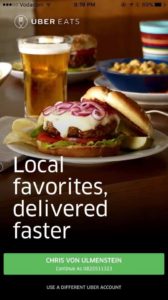 experience, and want food on demand.

UberEATS has been launched in 21 countries, and Cape Town is the 60th city in which it has been launched, with a total of 28000 restaurants participating. Given that Cape Town is the Food Capital of the World, according to Conde Nast, it was essential that the App be launched in our city. Eaters are promised effortless ordering at any time, for any one. Initially the UberEATS operating hours will be 10h00 – 22h00. The pricing is affordable, and no minimum order quantity is specified. 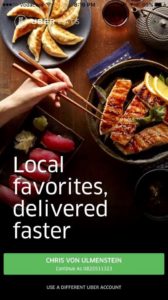 Food can be ordered at high quality restaurants, and one can order multiple times.

UberEATS allows restaurant food to be shared ‘with the world’. Uber adds its marketing and logistics expertise to assist restaurants in increasing their sales. There is no restriction in the number of seats which a restaurant can accommodate, the kitchen size and staffing being the only important factors. Initial areas in which UberEATS will operate in Cape Town are the Atlantic Seaboard, the CBD, Woodstock, and Observatory. 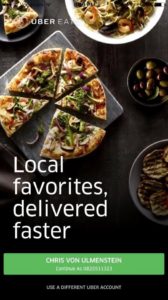 More opportunities are available to couriers, creating an entrepreneurial environment for a new set of UberEATS drivers, introducing new forms of 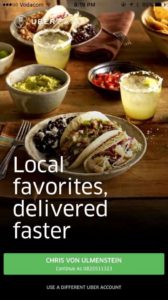 transport, including bicycles, motorbikes, and even by foot. Couriers are paid per delivery, and the system reduces the downtime.

We asked a number of questions. It is clear that there will be immediate feedback between the Eater and the Restaurant. Uber is ‘obsessed with the customer experience‘, Dave said. Restaurants will set their own prices. UberEATS will work with the restaurants on digital strategies. 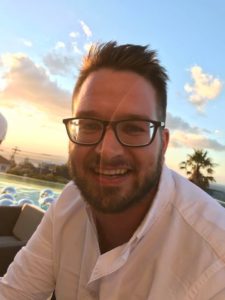 Nic Robertson heads up UberEATS in Johannesburg. He studied to be a chef and worked at Le Quartier Français, where he met his now wife Chef Annemarie. She left Open Door last year and moved to Johannesburg with Nic. Nic worked in financial services, then in ecommerce, and at Media24, before joining UberEATS last October.

Nic said that the Johannesburg restaurant industry is very different to that in Cape Town. They have 300 restaurants on their system, a mix of steakhouses, Italian restaurants, independents, Asian restaurants (he mentioned Mama Bauhaus in Greenside), ice cream outlets, and coffee shops. He said that if UberEATS gets too busy for a particular restaurant, they can pause the orders. They have found that many of the restaurants have more orders placed via UberEATS than they have customers in the restaurant. I asked about customer complaints, and Nic said that they have the lowest complaint incidence of all cities in the Europe, Africa, and Middle East region. They have lost only three restaurants in Johannesburg, due to closure. New restaurants pay an activation fee, for an iPad which they need to communicate with UberEATS. Within two days a restaurant can be added to UberEATS. Nic said that Chefs can use UberEATS as a market research platform to test new menu items quickly.

I asked him about other areas opening up in our country, and it 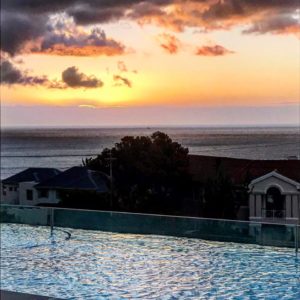 could be likely that Durban and the Winelands could be operating by the end of this year.

Disclosure: We received a goodie bag with a T-shirt, a promo discount, and a lanyard.