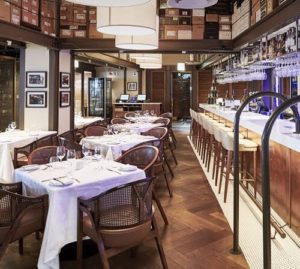 Sad news today is two further casualties of the Corona Lockdown, being Waterfront-based sister restaurants Balducci’s and Belthazar Wine Bar and Restaurant, owned by the Slick Restaurant Group, its MD Ian Halfon confirmed telephonically today. Balducci’s was one of the first restaurants to open in the Waterfront, opening its doors 27 years ago.

The Slick Restaurant Group will continue to operate Gibson’s Gourmet Burgers, also based in the Waterfront.

Early in Lockdown I heard a rumour that Balducci’s was closing down, and interviewed Halfon at the time, he assuring me that they were setting up a Dark Kitchen in the City centre, from which the Group was running a food preparation kitchen for five of its brands. Food delivery took off, and the Group earned a reasonable income from the new sideline business, but not matching its previous sit-down turnovers.

Four months ago, when Sit-Down Service was allowed, Balducci’s reopened in the Waterfront, while the 350-seater premium Belthazar restaurant has remained closed since the start of Lockdown on 27 March. Despite offering unbelievable specials at Balducci’s, they only achieved 30% of their former turnover level. The loss of the international market due to Covid regulations in our major tourism source markets as well our country’s initial international tourism regulations, meant the death of Belthazar, which was predominantly a tourist-supported restaurant. Halfon and his business partner therefore had to make the painful decision to close the doors of their two flagship 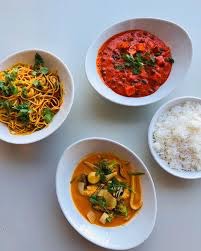 Halfon shared that many locals are still scared to eat out at restaurants, and Balducci’s was relying mainly on Specials as well as on walk-in Trade, which worked well on weekends, but not on the quiet Waterfront weekdays. Not all the hotels have reopened in the Waterfront, a lucrative source of business in the past, and others have only recently reopened. Halfon sees our city being in a Second Wave of the pandemic already, with international tourism only likely to take off again in October 2021, but with tourists’ wallets having become smaller and tighter, given the losses that they too have suffered in their countries. Expenses in running the restaurants increased, with a meticulous focus on following the Covid regulations, putting up signs in the kitchen, testing the temperature of all clients, measuring the temperatures of all staff at numerous times of the day, keeping a back shift of staff should a member of staff of the other shift contract the Virus, and sanitising, sanitising, and sanitising.

The ‘catastrophic losses’ they have been making since the start of Lockdown left the business partners no choice but to close the doors of their two premium brands.

Halfon is complimentary of the Waterfront management’s support in their darkest hour. He is a smart business operator, reading up internationally, to stay ahead in the restaurant game, and is well-connected locally.

Gibson’s Gourmet Burgers is currently offering unbelievable specials, such as R99 for a 500 gram T-bone steak, and R130 for a baby kingklip. Gibson’s and its Dark Kitchen brand WhattaBurger will continue to offer a Delivery Service alongside its Sit-Down service.