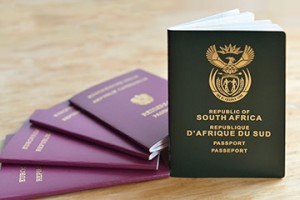 Tourism consultancy Grant Thornton has calculated that the impact of the Visa Regulations, introduced in part in 2014 and in part this year, will cost our economy R2,6 billion and 5800 jobs this year, contrary to the government’s goal of growing the economy and aiding job creation.

The inter-ministerial committee consisting of representatives of the Departments of Tourism and Home Affairs, chaired by Deputy President Cyril Ramaphosa, appears to be close to a ‘compromise‘, but details have not been announced officially by the Department of Home Affairs. The Committee has to balance the security of our country’s citizens and the welfare of the Tourism industry. It is speculated that the requirement to apply in person for the biometric-based visa will be removed, as will be the requirement of all children entering and leaving our country to have an unabridged visa, the requirement only being for South African children leaving our country, it is speculated.

The Department of Home Affairs motivated the stringent visa requirements on the need to prevent child trafficking out of our country. However, very few of the South African consular offices in countries such as India and China have the required Biometric machines to issue the visas!

Southern African Tourism Services Association (SATSA) CEO David Frost has been the most vocal tourism player on the topic, and has questioned why the inter-ministerial committee has not yet consulted with the Tourism industry. Chairman of the Tourism Business Council of South Africa and former Director-General of Home Affairs Mavuso Msimang says that there is ‘overwhelming evidence’ of the devastation caused by the Visa Regulations.

The ‘unintended consequences‘ of the Visa Regulations, as the Department of Home Affairs is referring to it, are sharp declines in Tourists from almost all our source countries and especially from the BRICS countries of China and India. The number of children under 18 traveling to and from our country reduced by almost half in the winter months of this year compared to the same period last year! International Air Transport Association (IATA) sales figures for flights into SA from almost all international destinations have declined this year.