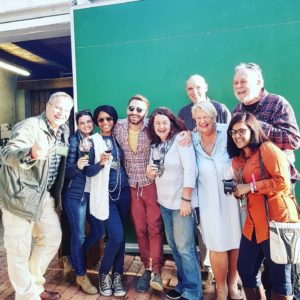 Yesterday I posted an overview of the Media Visit day we spent in McGregor for Wacky Wine Weekend, my first taste of the wine event covering the Robertson Wine Valley, which continues until the end of today. It is the 14th Wacky Wine Weekend. I was unable to ascertain where the ‘Wacky’ part of the event name comes from!

Our day in McGregor included Bemind Garagiste Wines, Lord’s Winery, and Tanagra Private Cellar, being driven from one wine destination to the next. Wacky Wine Weekend is an annual event for the Robertson Wine Valley, which includes the wine estates in McGregor, Robertson, Ashton, and Bonnievale.  This was my report on our Day 1:

Our day started at KleinhoekKloof, in the Ashton area, beautifully located at the end of a cul de 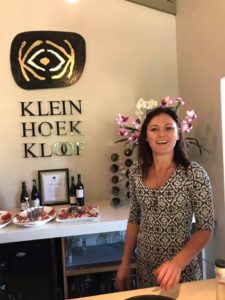 sac, with a series of mountains as a backdrop. One of them has an eye, and this has been incorporated into the creative logo for the wine estate, designed by Eddie Hamman. Llewellyn Lambert and I did a Sakkie Sakkie dance when we arrived, to the Boeremusiek playing, a favourite of owner Theuns de Jongh. His daughter was doing the wine tasting for Wacky Wine 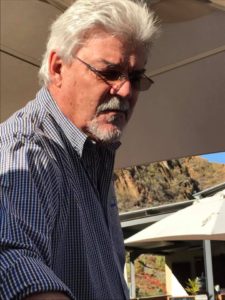 Weekend visitors, and she told me that her father loves Pink Floyd, and plays it to his wines in his cellar! Theuns did the wine tasting with us, and shared that he and his family had moved to the farm from Pretoria thirteen years ago, without any winemaking education or experience. He used the best wine makers and viticulturists in the Robertson Wine Valley, including from Graham Beck, and Arendsig winemaker Lourens van der Westhuizen made his wines originally. He taught himself to make wines. He praised the locals in the valley, for their collegiality, and assistance when they did their first Harvest. Theuns’ daughter Danielle is helping him to make the wines.  A secondary wine is 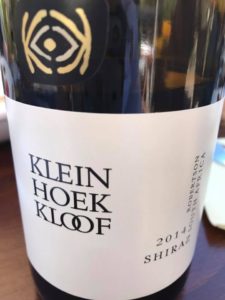 Mountain Eye, which is exported to China, the white label not working in that country.

The previous owners had only produced red wines, but his wife insisted that they make a Sauvignon Blanc. They were told that it is too hot, but as they are 400 meters above sea level, it is cooler, and they are having success with the cultivar. They also produce Shiraz, Merlot, Petit Verdot, and Pinot Noir. 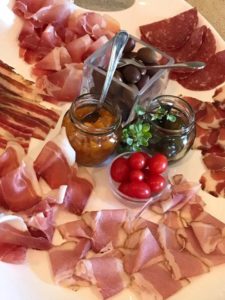 They have olive trees on the farm too, but had a very bad olive season this year, there having been a cold spell in the flowering stage. From their usual production of 500 liters per year they are down to 50 liters.  They also have citrus trees.

Another passion of Theuns is charcuterie and he is self-taught in this regard too. He orders free-range pigs from Glen Oaks in the Hemel & Aarde Valley, making a spicy coppa from the neck; smoked ham, his favorite; speck made in the Süd Tirol style, smoking it for five days, for two hours per day, using various flavoured woods for the smoking; dry-cured prosciutto, which was my favorite; and Italian-style salami, made with fennel. Theuns has a ‘Pigs on the Wing’ Charcuterie Club, named after a Pink Floyd song, and they deliver to members of the club in the area regularly. We were offered a spectacular platter of Theuns’ charcuterie, with exquisite miniature figs from 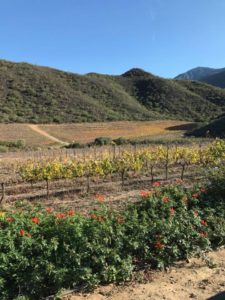 Farmer Redbeard next door, which  I had never seen before; peach chutney which they make on the farm; dried olives; ciabatta which they buy from Knead and freeze; a selection of cheese portions from Dalewood; olive tapenade; and spekboom.

Theuns told us that they also have leopards on the farm, and are part of a leopard project. Unfortunately the leopards are not tagged. They also have karakul, bush pigs, and duikers on the farm. The dassies are a major problem, eating the fresh shoots of the vines near the river.  Theuns told us that they are feeling the drought, being down to the last 10% of their dam water. 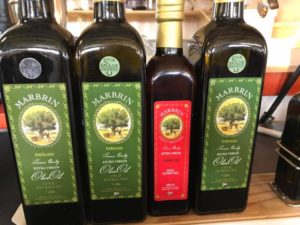 Marbrin boutique olive farm is named after two sisters Briony and Marla, a family-owned boutique olive farm near Ashton. The farm was ready to receive Wacky Wine Weekend visitors with loud music, and was the most unique of those we visited, not making any wine at all. Briony explained that ‘extra virgin’ olive oil means that it is the oil coming off the first press, and that they discard the rest. ‘Cold extracted’ means that they heat up the olive paste to a maximum of 30C to extract the olive oil. This top quality olive oil 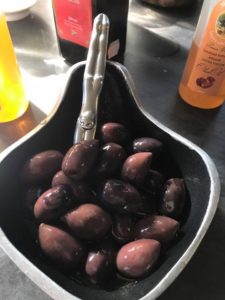 is expensive to produce, with a yield of only 15 – 20% on average. Olive oils are classified as delicate, medium, and intense, and the yields differ. At Marbrin they use Italian olive cultivars, the olive oils being blends of Frantoio, Coratino, and Mission. No additives or preservatives are added. They have nine cultivars, four for olive oils, and another five for table olives. We were told that olives start off green, and become black when they ripen. Marbrin sells flavored olive oils, with chili, white truffle, fennel, and sundried tomato. We were offered two table olives varieties to try: the Kalamata olives were felt to 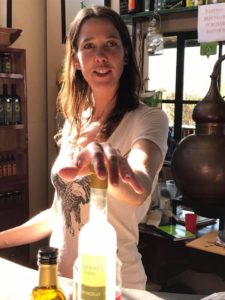 be nuttier and lighter in taste, while the Mission ones are softer but can be more bitter. Marbrin has tapenades too, and we learnt that tapenades must include anchovies and capers.

A Marbrin Limoncello is also made by Peter Coetsee, father of Marla and Briony, from lemons on the farm, and we enjoyed its taste.

For Wacky Wine Weekend Montagu Cheeses has set up a tasting table at Marbrin, making cheeses in the Dutch style. Stellenbosch Brewing Co presented their unfiltered Lager and Weiss 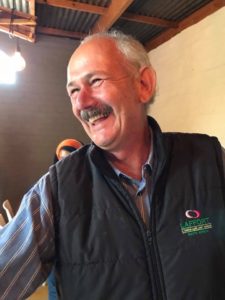 Not far from Marbrin is Kranskop wine estate, owned by Newald Marais, a former winemaker at Nederburg. I loved their classy grey wine labels, with a wax seal built into the design. Newald entertained us with a story of how he made his first wine at the age of 14 years, much to the dismay of his parents. 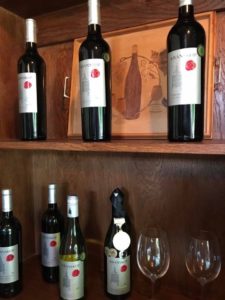 Newald took us down to his cellar, with tanks and barrels, the tanks mainly containing his white wines. He told us that he uses the Just in Time production method for bottling, to help with cash flow. He told us that Graham Beck have bought his Chardonnay and Pinot Noir. Graham Beck recently let go of all its still wine 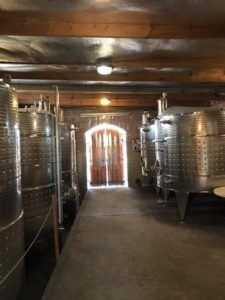 production, and have uprooted the vines to plant more Chardonnay and Pinot Noir, for the production of their MCCs. 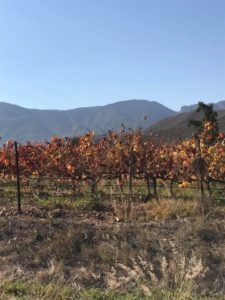 Pinot Noir. They have a small quantity of Tannat, a cultivar I had not heard of before. Newald told us that he treats it like a Merlot, not the easiest cultivar to make wines from. It has four to five pips per grape, and a thick skin. The cultivar originates from the Pyrenees. Newald is proud of his Cabernet Sauvignon (1ha), saying that it differs from the Swartland and Stellenbosch styles. He sells 50000 liters of his Shiraz in bulk, which helps to pay the bills, he told us honestly. They also make a Viognier. The Kranskop wines are very reasonably priced, between R60 – R85.

The Wacky Wine Weekend brochure guided us as to the wine estates in each of the four towns and villages making up the Robertson Wine Valley:

A huge thank you goes to Mira Weiner of Hot Oven Marketing for her organization of the Media visit, my first experience of the Wacky Wine Weekend.