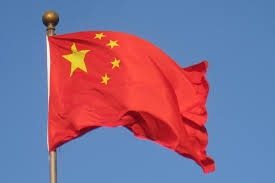 A Western Cape trade, tourism, and investment delegation is currently visiting China, led by Premier Helen Zille and Minister of Economic Opportunities Alan Winde. Exports to China from the Western Cape were valued at R2 billion in 2013. The delegation’s goals include doubling South African wine exports to China in the next ten years, as well as to stimulate growth in the number of Chinese tourism visitors to the Western Cape.

The trade and investment trip includes meetings with our country’s Ambassador to China Dolana Msimang, as well as with our Consuls General in Hong Kong and Shanghai. Meetings with trade organizations, Chinese businesses, importers of South African products, tour operators, as well as South African businesses operating in that country, with a focus on Tourism, Agri-processing, and renewable energy, have been set up. China is an important market for the growth strategy of the Western Cape, given the size of its economy. Two Chinese companies have invested R300 million in our province this year alone.

Food Hotel China as well as ProWine China will be running at the time of the trade visit, and Premier Zille and Minister Winde will visit the trade shows to support our country’s exhibitors. Minister Winde said: ‘Furthering trade with China is a key part of our agri-processing strategy. Under Project Khulisa,  we are aiming to add up to a further 100 000 jobs to the local economy. Our action plan for the sector includes doubling wine exports to China by 2025. Platforms such as the ProWine China trade show and engagements with Wines of South Africa (WOSA) Hong Kong provide excellent entry points to showcase Western Cape wines’.

Visitor numbers from China were severely influenced by the new Visa Regulations introduced by the Department of Home Affairs last year, and recently it has been announced that these regulations have been relaxed, to turn around the decline in tourism numbers. The Chinese tourism market has been worst hit of all our country’s source markets.

POSTSCRIPT 8/11: Air China has commenced its three times a week flights between Beijing and Johannesburg, leading Minister of Tourism Derek Hanekom to hope that the 30% tourist decline from China will be reversed: ‘We are hoping to see more tourists next year. I believe that with the direct route, we will have higher number of tourists and recovery will be sooner that expected. The new route will take tourism to the next level’.  SAA stopped servicing the route due to colossal losses of around R1 billion.