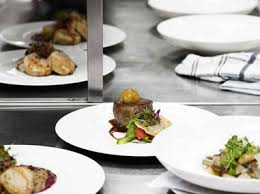 It was a recent article by Nick Lander, husband of renowned wine critic Jancis Robinson and restaurant critic in the UK, about restaurants in hotels he had visited in Dubai that made me consider once again why hotel restaurants fare so poorly in patron support and in the Eat Out Top 10 restaurant awards in our country.
Lander writes that specific rules about restaurants and liquor licences force restaurants to be linked to hotels in Dubai.  In our country no such rules apply, and as a service to guests, hotels have over the years added dining facilities, in early days being the only restaurants offering tea and cake, and lunch and dunner.  My parents drove us with overseas visitors to Franschhoek’s Swiss Farm Excelsior (now the Le Franschhoek Hotel), the benchmark of restaurants in those years.

Looking at the most recent Eat Out awards it is only five hundred, The Greenhouse, and The Tasting Room that are linked to hotels that have made the Top 10 list, their hotel connections (The Saxon Boutique Hotel & Spa, Cellars-Hohenhort, and Le Quartier Français) being in the background, and performing less well on international hotel lists as far as accommodation is concerned, particularly true of the latter.  All three restaurants have chefs of international calibre, Chefs David Higgs (whilst at Rust en Vrede) and Margot Janse having made the number one spot on the Eat Out Top 10 restaurant lists in the past, and having featured on the World’s 50 Best Restaurants list too. Chef Peter Tempelhoff has been named a Relais & Chateux Grand Chef, as was Chef Margot before their hotel surprisingly withdrew from the Relais & Chateaux hotel marketing organisation!  Chef Peter is not able to keep his eye and hand on the five McGrath Collection restaurants he is in charge of to the same level of quality, especially those in Hermanus and in Plettenberg Bay!  While it is hard to say why these hotel restaurants fare better than the thousands of other hotel restaurants, the answer must lie in the calibre of their chefs.

Looking further down the Eat Out Top 20 restaurant short-list, Makaron at Majeka House features, not having made it onto the Top 10 list in the past three years. Chef Tanja Kruger is younger but has been part of the South African Olympic Culinary Team, so has all the credentials to make it onto the Top 10 list.  Its very good sommelier Josephine Gutentoft left the hotel and our country, and the replacement sommelier is a non-event.  Chef Rudi Liebenberg at The Planet in the Belmond Mount Nelson Hotel makes the Top 20 shortlist every year, but has not yet made Top 10.  Azure at the Twelve Apostles Hotel & Spa has made it onto the Top 20 shortlist once.
Bosman’s at the Grande Roche is a good example of killing a good restaurant brand.  The hotel was known to the German market, but it was the restaurant that drove people to the Paarl property, for its excellent food and best winelist and wine collection in the country, making the number one slot on the Top 10 list for many years.  Chefs have been imported from Germany, which is still the case. Interns for the kitchen and restaurant service were sourced from Germany too for the summer seasons in the past, but this is no longer the case, so one has to tolerate the poor service that comes with the still-good food.  A marked decline in standards has been noticeable since GM Anja Bosken took over, appearing to run the hotel on a cost-cutting basis, and the property is on the market anyway, which may explain why there is no investment in quality, compared to the days when Mr Grande Roche Horst Frehse ran the hotel so successfully!  The end result is that Bosman’s has not featured on the Top 20 retaurant shortlist for the past few years.
Hartford House in the Natal Midlands has been closely associated with Chef Jackie Cameron in the many years that she was running the kitchen, and no attempt has been made to build a separate restaurant brand, unlike the other restaurants mentioned above.  With her departure to open her Jackie Cameron School of Food and Wine, new chefs will battle to reach the level she set when she left, to get the restaurant back onto the Top 20 list.  Young Chef Constantijn Hahndiek has just taken over the Hartford House kitchen.

The new hotel restaurant model appears to be bringing in branded restaurants which rent space in hotels. Examples are Sotano owned by the notorious Caveau clan which is in La Splendida; KOI and Bootlegger in The Ambassador hotel, when they could not make their own Salt Restaurant and Deli work; and the Banting Kitchen in the Cape Royale Luxury Hotel! All these establishments are poor quality.   The One & Only Cape Town brought in maze and Nobu from overseas, the former replaced with Reuben’s when the contract with maze owner Gordon Ramsay expired and was not renewed by the hotel management.   Is it the volume of meals to be prepared by these hotel kitchens and the poor quality waitron staff that prevent these restaurants from making the Top 20 list?  High staff turnover in kitchens is particularly evident of late, but so it is on the restaurant floor, and such changes are a knock to the quality of hotel restaurants.

The hotel groups could afford to appoint the best chefs, such as The Saxon has done, and the payback in restaurant bookings must be worth their investment in Chef David Higgs. However, hotels generally appear to be accommodation-driven, and are not specialised in running restaurants, a different kettle of fish!
POSTSCRIPT 22/3:  We apologise for the layout and typeface problems in this blogpost.
Chris von Ulmenstein, Whale Cottage Portfolio: www.whalecottage.com  Tel (021) 433-2100, Twitter:@WhaleCottage  Facebook:  click here
Share
Tweet
Pin
0 Shares

4 replies on “Why do hotel restaurants not have better patron support and win awards?”