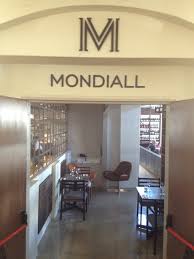 What a surprise to read this morning that Chef Peter Tempelhoff, co-owner of Mondiall Restaurant with Patrick Symington, is leaving his own restaurant, to focus more time on The Greenhouse and the other restaurants in the McGrath hotel portfolio!

The announcement was made via Eat Out, and Chef Peter is quoted as saying:  ‘Along with the sudden death of one of my greatest mentors, Liz McGrath, a few weeks ago, 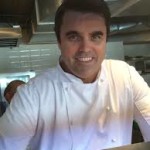 has come a change of thinking and a new challenge. My role in the three Relais & Chateaux hotels of The Collection by Liz McGrath has become more important than ever before, as I have been offered a more significant role within The Greenhouse and the company… a challenge I cannot ignore.

In light of this, I have had to make the hard decision to end my partnership with Mondiall; a decision that was not easy to make, but necessary to fulfill my new role. I will remain completely hands on in The Greenhouse, the Collection’s flagship restaurant, while advising the food and beverage departments of all three hotels. I wish Patrick Symington and Mondiall all the success in the future’.

One wonders which greater responsibilities Chef Peter would be taking on, as he was always responsible for all the restaurants at the McGrath hotels in Constantia, Hermanus, and in Plettenberg Bay. 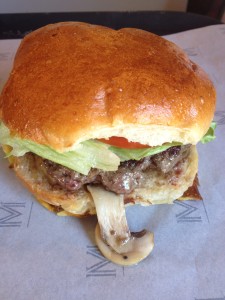 I was horrified at the poor quality and sloppy presentation of the supposed gourmet hamburger I had at the new hole-in-the-wall Mondiall Burger Bar on Monday, which I had been invited to try out two months ago, when it first opened.  The server was not knowledgeable and had no change, and the burger braaier did not wear gloves.   I am still waiting for the manager to contact me, requesting this during ordering. I could not believe tht Chef Peter could put his name to such poor quality food! Reviews for Mondiall were very negative when the restaurant fist opened, and still are not glowing.

A further blow for the restaurant is that Chef Lauren Case, who moved across to Mondiall from The Greenhouse when Chef Oliver Cattermole left late last year, is leaving to join Bocca.

It will be interesting to see if Mondiall will survive this double chef blow, and who will be appointed as the third chef in just over a year!

POSTSCRIPT 25/2: Patrick Symington called this afternoon, to provide more background.  He seemed surprised about the news leaking out before the media release had been prepared.  It is due to be distributed later today.   New Chef Riaan Burger started today, working with Chef Lauren until she leaves on Saturday.  Chef Riaan worked at the Raffles Hotel in Beijing previously, but wanted to return to home-ground.  He will be hands-on in the kitchen, focusing on consistency in the main.

POSTSCRIPT 25/2:  Patrick Symington sent the Mondiall Media Release prepared by FIVESTAR PR regarding the departure of Chef Peter Tempelhoff and the appointment of Chef Riaan Burger:

WITH THE APPOINTMENT OF RIAAN BURGER AS EXECUTIVE CHEF 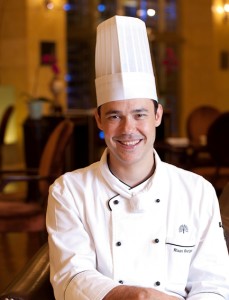 Mondiall Kitchen & Bar in Cape Town’s V&A Waterfront is embarking on an exciting new journey with the appointment of internationally experienced Executive Chef Riaan Burger. Chef Riaan is set to take the cuisine to a new level, while remaining true to the success formula of offering a signature brasserie-style dining experience and refined comfort food.

Riaan Burger (32) was born and raised in Johannesburg. Following a four-year apprenticeship programme at the Protea Hotel Wanderers and African Pride Melrose Arch Hotel in Johannesburg, from which he graduated top of his class in 2005, he went on to further his education with a City & Guilds Culinary Arts diploma through Protea Hotels. In 2006 he joined the Westcliff in Johannesburg as Junior Sous Chef, before travelling the world to gain international experience with Crystal Cruises. Back on solid ground two years later the young chef fell in love with the Western Cape and joined Arabella Hotel and Spa in Hermanus, where he was quickly promoted from Sous Chef to Executive Sous Chef. In 2010 Riaan joined the prestigious Twelve Apostles Hotel and Spa in Cape Town, where he continued to hone his craft as Executive Sous Chef.

His appointment as Executive Chef coincides with Peter Tempelhoff’s departure from Mondiall, who will be taking on larger challenges at The Collection by Liz McGrath, following her recent passing. Experienced restaurateur Patrick Symington will continue to run Mondiall as a solo venture, building on the 15-month old restaurant’s success as one of the Waterfront’s most popular dining destinations.

When a former employer invited Riaan to join Raffles Beijing as Executive Chef, he jumped at the opportunity to immerse himself in Asian cuisine and headed up the hotel’s three diverse dining establishments – a French fine dining restaurant, New York-style brasserie and a rustic Italian eatery. He stayed with Raffles for two years, before the Cape lured the ‘local boy’ back home and to Mondiall for the start of an exciting new chapter.

Chef Riaan looks forward to injecting Mondiall with a fresh dose of international flavour. He will launch a new menu in the autumn, keeping some of the restaurants beloved favourites, while also putting his own stamp on dishes, based on his international experience. Patrick Symington will work closely with the talented chef in creating captivating new menus. Riaan’s focus is on re-interpreting timeless classics in a contemporary manner, to create dishes that guests will want to come back for again and again: ‘My aim is to make Mondiall a household name and a local go-to restaurant where guests can expect a warm and welcoming atmosphere and exciting food of the highest quality, made with fresh, regional ingredients.’