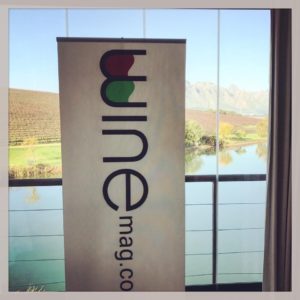 Yesterday afternoon WineMag presented its first Merlot Report in a number of years, an evaluation of 67 entries. It was motivated by the Merlot Forum, and the results of the Report reflected that wines in the category are ‘good‘, but can improve greatly, according to WineMag Editor Christian Eedes. The ceremony was held at Asara wine estate outside Stellenbosch.

WineMag Business Manager Jacqueline Lahoud persuaded me to attend, despite having had a 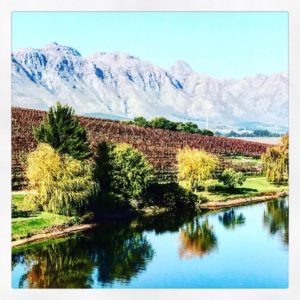 bad experience at the wine estate in the past. I was glad that I drove through to Stellenbosch on such a beautiful day. The setting at Asara is breathtaking, with vineyards, a large dam, and the Stellenbosch mountains visible from the function venue. 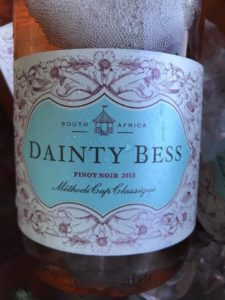 We were welcomed with a glass of Dainty Bess Pinot Noir 2013, a MCC belonging to Jane Ferreira Eedes, and made by relative Pieter Ferreira. Grapes are sourced from a number of wine estates. The brand was previously called Optenhorst, when Jane’s parents lived on a small holding with that name in Wellington. They have since sold the property and moved to Montagu. Husband Christian told me that Dainty Bess is the name of a hybrid Tea rose. The garden at Jane’s parents’ Wellington garden was blessed with many roses, and they annually opened their property to visitors to enjoy seeing them.

Jax welcomed the Merlot winemakers and farm owners, and members of the Merlot Forum, 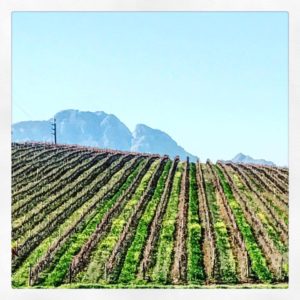 to the ceremony, and thanked Asara for hosting the event. She said that they had decided to resurrect the Merlot Report after a number of years, on request of the Merlot Forum, and are looking for a sponsor of it.  Merlot was first made in our country in 1982 by Overgaauw wine estate. It is the eighth largest planted grape, and represents 6% of the grapes grown in our country. We were told that Merlot is the most widely planted grape in Bordeaux, and is a popular blending partner to use with Cabernet Sauvignon, being lower in tannins and acidity.

It is an easy-drinking style of wine, but the category had not been evaluated in the past five to ten years. Merlot was described as an ‘unforgiving grape‘, but is now being planted in better spots, and hence its quality is improving. One of the Merlot judges, Roland Peens of Wine Cellar, called for 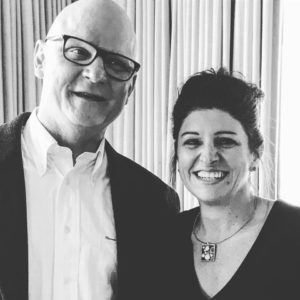 Merlot to be made ‘sexy‘ again.

Christian added that the Merlot Forum had approached WineMag, requesting a Merlot Report, in order to enhance the quality of the category. Christian said that he hopes for debate about the results of their report. A total of 67 Merlot entries were received from 50 producers. The wines were judged blind by panel chairman Christian, and Roland Peens and James Pietersen from Wine Cellar. Christian said that generally the Merlot wines entered were ‘good, but not great‘. A large band of the entries scored between 86 and 89 points out of 100. He challenged the industry in going beyond great and solid! WineMag would normally only award wines achieving a score of 90 or more points, but he said that it would have been a very small function had they done so, and hence winners of 89 points or more received awards. Christian stated that the good performers have ‘serious viticulture expertise going into them’. He said that one cannot make ‘incidentally good Merlot‘! 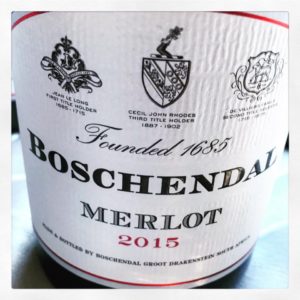 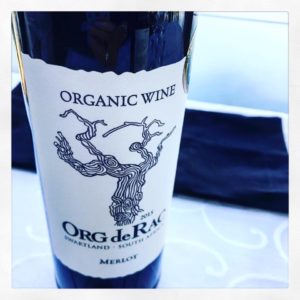 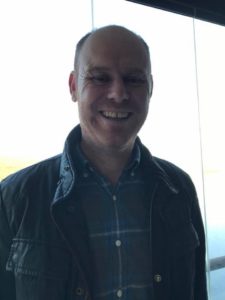 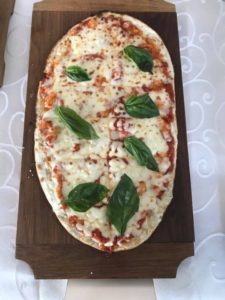 The Bistro at Asara made a number of pizzas, which were welcomed, offering an interesting selection of pizza toppings: 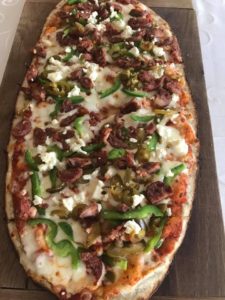