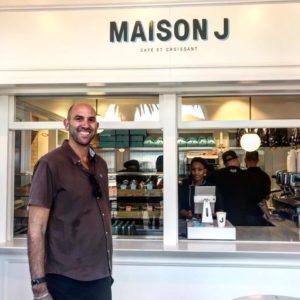 Every winter is a tough time for the restaurant industry. With the dip in Tourism due to the water shortage, and the early heavy winter rains, the restaurants in Cape Town and the Winelands are feeling the pinch, and many have closed down, even some on the iconic restaurant Bree Street, as well as in the Waterfront!

#  La Petite Colombe is said to be taking over the bar and restaurant at Le Quartier Français in Franschhoek, after refurbishments due to be completed by the end of this year. It will be called Protégés. Protégés,

Chef Reuben Riffel to open his fourth Reuben’s restaurant, the fifth in his restaurant portfolio!

#   Between Us has opened, belonging to the twin sisters who opened Skinny Legs & All That originally.

#   The Grand Café & Beach is temporarily closed, until the end of August.

#  Ash is temporarily closed for renovations, until the end of August.

#   Chef Evan Coosner is leaving Open Door/Bocca/Burrata at the end of August.

#   Chef Archie MacLean has left Catharina’s and moved to Coco

#  La Parada Camps Bay is undergoing renovations, and is said to be transforming into a Tiger’s Milk.

@minskymaus checking the #birds in the #garden #Ki

The Restaurant at @grande_roche opens in November