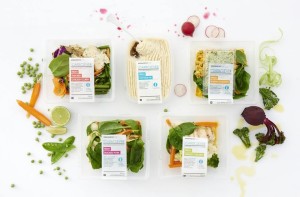 It is interesting to see Woolworths’ reaction to Banting and the (LCHF) low carb high fat eating plan advocated by Professor Tim Noakes, in how long it has taken the retailer to react to the Banting diet craze, and how it has reacted, in misleading health-conscious consumers with its new CarbClever range.

In essence Professor Tim Noakes, in his book ‘Real Meal Revolution‘, advocates a diet of no carbohydrates, such as South African starch staples rice and potatoes, as well as any wheat products such as bread, pasta, and pizza.  He advocates high fat too, suggesting lamb or other high fat meat types, butter, full cream dairy products, and more.  Sugar is completely off the Banting list.

While two Banting-focused restaurants have opened in Cape Town already (65 on Main Banting Café and the not-1oo%-Banting The Banting Kitchen), no Banting product range is known to have been launched in the six months since Banting caught the attention of South Africans.  Now Woolworths has launched the CarbClever range for ‘Carb Conscious Customers‘, odd in its choice of name (perhaps they should have referred to it as ‘Carb-free Conscious Customers’), in focusing attention on Carbohydrates, when in fact they contain (by inference almost) none.  Interesting is that Woolworths ignores Noakes’ other element of fat, making these meals unbalanced and not Banting-friendly at all!

I went to the V&A Waterfront branch of Woolworths on Friday, and asked a number of staff where I could find their Banting range, mentioning Noakes, but the staff on the Foods floor had no clue.   A friendly manager took me to the Slimmers section, where Woolworths already has a recently launched ‘brand’ called ‘Slimmers Choice‘, described as ‘Low Fat’.   There is no advertising or banner to attract attention to the new CarbClever range, which was launched about a week ago, seen on the retailer’s Facebook page. The Facebook page visual (above) is very unexciting, and shows five products in the range, but eight  were on the shelf in the V&A store.  No CarbClever products are stocked at the St John’s branch in Sea Point.

Each of the CarbClever packs uses the word ‘Fresh’, which one would expect to be obvious, and the pack copy advises against home freezing, which is odd!  The packs have varying grammage, which makes it difficult to compare, misleading in that they all look the same size:

*   Fresh cauliflower mash – a 350 gram pack costs R34,95, very expensive relative to the other products in the range. 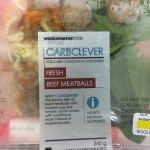 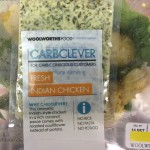 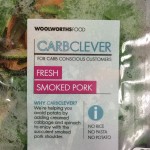 Each pack front spells out ‘no rice, no pasta, no potato‘.  The Shepherd’s Pie pack describes the product on the pack front as follows: ‘Why CarbClever?  Savoury minced lamb topped with cauliflower mash instead of mashed potato‘.  The Smoked Pork pack is more hard-sell: ‘Why CarbClever? We’re helping you avoid potato by adding creamed cabbage and spinach to enjoy with the succulent smoked pork shoulder‘.  The 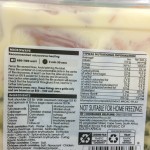 back of the Smoked Pork pack describes the product as containing 23% pork shoulder, 25% creamed cabbage, 23% sage cream sauce, and 4% spinach.   The milk is full cream, and other specified ingredients are onion, carrots (on the Orange Banting list, eating to be minimised), cabbage, baby marrows, cheddar cheese (an absolute Banting no-no, with all the preservatives it contains), corn starch (containing wheat, it is a Banting no-no), butter, olive oil (only extra virgin olive oil is allowed, but is not specified on the pack), yeast extract (contains wheat, and therefore not Banting-friendly at all), mustard powder (only in order if preservative-free, but not specified), chicken stock, fresh sage, and dreadful sounding ‘irridiated’ nutmeg and pepper!  The ingredient listing on the back pack goes into further off-putting details, in describing the ingredients used to prepare:

*   the pork shoulder: it contains sugars (dextrose, sucrose and maltodextrine, all absolutely forbidden on Banting – maltodextrine is made from starch!); anti-oxidants (sodium erythorbate, citric acid, and erythorbic acid); and curing agent sodium nitrate, which is Banting-verboten.

*   the Cheddar cheese: it contains forbidden ingredients calcium chloride, potassium/sodium nitrate, non-animal rennet, and lactic acid, the only good element being the milk, salt, and cultures. 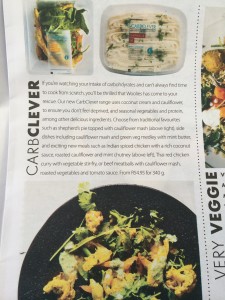 Woolworths could turn around and say that it focused its CarbClever product range on not containing carbohydrates, but they do (through corn starch and yeast extract, for example).  It may also retort that it is not Banting-focused, but consumers and industry-talk has described CarbClever as Woolworths’ new Banting range, despite making no effort to emphasise its high fat product content, nor in using the B-word or referring to Noakes!  In its Issue 02 of its ‘Good Food News’, seen in Woolworths’ stores this week, and as an insert in the Sunday Times yesterday, the CarbClever range is introduced in its ‘New on the Shelf‘ section.  It emphasises the use of coconut cream in some of the dishes (but is in only one of the eight products – the Fresh Thai Red Chicken), as well as cauliflower, both typical Banting ingredients, especially the latter!

Should any Woolworths’ customers be considering buying the new CarbClever range they would not be clever at all, in being conned into thinking that the product range does not contain carbohydrates!  It only excludes pasta, potato, and rice, but is filled with other carbohydrates.  CarbClever is an expensive way of avoiding potatoes, rice and pasta, which one can exclude oneself when cooking at home!

This is not the first time that Woolworths has been accused of misleading consumers, which we have written about previously.  Grass Consumer Action is on the retailer’s case about the humane treatment of its suppliers’ pigs, hens, and Ayrshire cows, and its misleading pack labeling.

POSTSCRIPT 13/10:  The only response to our blogpost came from Woolworths via Twitter, sending two Tweets: @WhaleCottage Our CARB CLEVER range is about fresh, cooked vegetables and protein, reducing the carbohydrates. We do not want to be (1)  @WhaleCottage linked to Tim Noakes or the Real Meal Revolution – our meals do not support or endorse him or his views. (2)

POSTSCRIPT 14/10: Interest in the Blogpost has been huge, with 1154 unique readers until midnight last night!

POSTSCRIPT 15/10:  In an e-mail received from Woolworths today, the CarbClever range is introduced to shoppers, under the heading ‘Prepared Vegetables’, but the products shown and included in the range also contain bacon, mince, chicken, and pork, hence misleading Woolworths’ customers!  The copy in the email states: ‘CarbClever equals Convenience (what is the convenience factor of a carbohydrate exclusion, one may ask).  Avoiding potatoes, rice and pasta is so easy with our new CarbClever range, 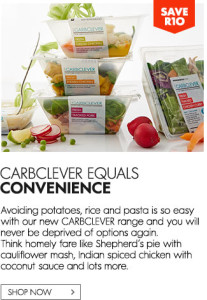 and you will never be deprived of options again (what a weird sentence, and what options are they referring to?).  They do not use the word ‘CauliMash‘ in the copy, despite using it on the packs, writing out the words ‘cauliflower mash’ in full, perhaps as a result of this blogpost!   They show a R10 off flash for the range, shown in a photograph, one expecting it to apply to the whole range, but when one clicks open the page, it shows that only the CarbClever Fresh Cauliflower and Gruyére soup, priced at R44,95 previously for 600 gram, is discounted down to R34,95.   Two new products in the range which we did not see in the V&A Waterfront branch are the soup, and a Fresh Cauliflower, Bacon and Cheese Bake (250 gram for R39,95).

58 replies on “Woolworths’ ‘CarbClever’ Banting range another misleading consumer rip-off, not Banting clever at all!”