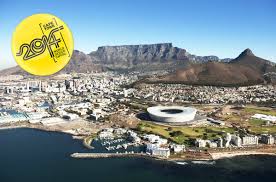 The cost to the City of Cape Town and its ratepayers for the honour of having been elected as World Design Capital 2014 was R1,5 million, payable in three instalments of €150000 each.  Despite an agreement by the City to get forward cover on the Rand/Euro exchange rate, this was not done, and the declining Rand relative to the Euro meant that an additional R 305300 had to be paid to cover the exchange rate weakening.

The City’s Treasury Department has protested the accusation, saying that the City of Cape Town benefited from hosting the World Design Capital last year.  Legal adviser Mogamet Chetty has suggested that the City claim the overpayment back from the International Council.  This could prove to be difficult, as the contract was negotiated in Euro terms and not in Rand!

It is another poor performance by the City of Cape Town’s Directorate of Tourism, Events, and Marketing, which took direct responsibility for Cape Town hosting World Design Capital 2014.  Many Capetonians did not see the benefit of the year, and its benefit to Tourism, it not having attracted any new tourists to Cape Town last year! Publicity was extremely poor, the launch Gala Dinner a catastrophe, and CEO Alayne Reesberg and her PR side-kick Priscilla Urquhart personal politics in that they blocked information to anyone expressing criticism of Cape Town’s World Design Capital 2014 activities, or lack of!