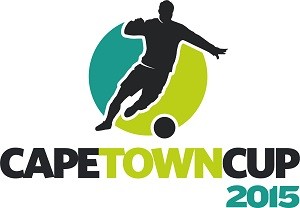 Driving past the Cape Town Stadium last Friday at 18h00, the starting time of the first match, I was surprised at how easy it was to get to the V&A Waterfront, my usual route leading past the Stadium. Other than the Stadium END_OF_DOCUMENT_TOKEN_TO_BE_REPLACED

*  Ethiopia is the best tourist destination, according to the European END_OF_DOCUMENT_TOKEN_TO_BE_REPLACED 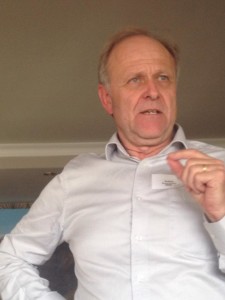 Western Cape Economic Development Partnership (EDP) CEO Andrew Boraine addressed The Institute for Public Relations & Communication Management Western Cape at its AGM at the Bantry Bay Hotel last night, talking about communication and its impact on the economic development of Cape Town and the Western Cape.

*    Cape Town will host the 14th World Summit of the Noble Peace Prize Laureates from 13 – 15 October, the first time that it will be held in Africa, report the Cape Times and Weekend Argus.  A total of 1500 delegates is expected to meet at the Cape Town International Convention Centre, with the topic ‘Peace: living it’.  Previous Noble Peace Prize recipients such as Mikhail Gorbachev and Lech Walesa will join FW de Klerk and Archbishop Desmond Tutu.

*   The largest number of international visitors to Cape Town in the third quarter of last year, ranked by figures just released by Wesgro, were from Germany, the USA, the UK, and Italy.  Gauteng was the largest source of local visitors, followed by those from other parts of the Western Cape.

*   Rio de Janeiro received close to 900000 visitors during the Soccer World Cup, spending $4,4 million, with more than half of the visitors planning to return in two years to attend the 2016 Olympic Games.  The city hosted the closing Final, which was viewed by 3 billion TV viewers, and its iconic statue of Christ the Redeemer against a sunset was shown during the broadcast, as END_OF_DOCUMENT_TOKEN_TO_BE_REPLACED 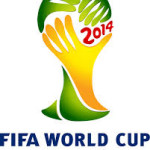 The Sweet Service Award goes to the Soccer World Cup 2014, which has been entertaining, full of surprises in winning and losing teams, lots of goals scored, new records set (the Germany – Brazil match being the most remembered in future, one would expect), and dominating Social Media for the past four weeks by setting new Twitter records.  The crowning highlight will be the Final between Germany and Argentina on Sunday evening. END_OF_DOCUMENT_TOKEN_TO_BE_REPLACED 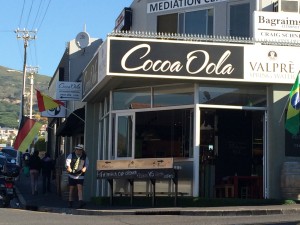 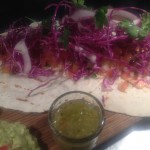 *   The national soccer team, in the dogbox for losing 1 – 3 against Nigeria at the Cape Town Stadium on Sunday in the Africa Nations Championship (CHAN 2014), is to possibly be renamed, having carried the Bafana Bafana name for more than twenty years.  South African Football Association (SAFA) President Danny Jordan said: ‘We must consider changing the name and we have to review the preparations, the philosophy and technical staff of the team’, a statement which is said to herald a possible sacking of new coach Gordon Igesund as a result of the defeat. The coach has defended himself, saying his mandate did not include CHAN 2014! 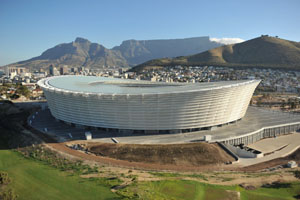 CHAN 2014 is the first international soccer tournament to be held at the Cape Town Stadium since the 2010 World Cup.  Sixteen African teams will participate in 32 matches across the country, playing matches at stadia in Cape Town (including Athlone Stadium), Bloemfontein and in Polokwane.  The tournament theme is ‘Celebrating Africa’s Home Champions’.

The African Nations Championship will commence with the Opening Ceremony at 16h00 today, which includes performances by Jimmy Dludlu, The Soil, Mi Casa, and Zolani Mkhiva.  The New Age reports that more than 300 dancers and models will form part of the Opening Ceremony  At 18h00 the first match of the tournament kicks off, with local team Bafana Bafana playing END_OF_DOCUMENT_TOKEN_TO_BE_REPLACED

*   The Mirror has an article about Cape Town, and how much one can do in a weekend break from London, visiting the Big 7 (not heard of before), which includes Table Mountain, Robben Island, Kirstenbosch, V&A Waterfront, Cape Point, Boulder’s Beach, and the Constantia Wine Route.

*   The 2014 soccer World Cup is expected to generate $ 10,4 billion for the Brazilian economy.  The FIFA Confederations Cup earlier this year generated $311 million, and the visit by Pope Francis generated $502 million.

*   Cape Town has been the focus of media attention from around the world, for the wrong reason, as the city’s most notorious visitor Justine Sacco flew into Cape Town from London yesterday, just after she had Tweeted what has been deemed the worst END_OF_DOCUMENT_TOKEN_TO_BE_REPLACED

It is interesting to see how Councillor Grant Pascoe, City of Cape Town Mayoral Committee member for Tourism, Events, and Marketing, has interpreted the results of a Grant Thornton survey of ‘spend on tourism in Cape Town‘, to obtain maximum PR spin out of the survey results.

While the Grant Thornton study shows that the average rate of growth between 2009 and 2012 was 5,6 % per annum, there were increases and decreases in revenue in this period, the revenue generated having peaked in 2010 at R16 billion, growing from R12,4 billion in 2009 to R14,6 billion in 2012, a City of Cape Town media release reveals.  Fascinating is that the value of the tourism industry in Cape Town in 2009 was quantified at R 17,3 billion, when the City announced the appointment of the consultancy in conducting the study.  Now the 2009 value has been reduced by R5 billion – could this have been done to make the tourism industry show growth instead of a loss in revenue over the 2009 – 2012 period?!